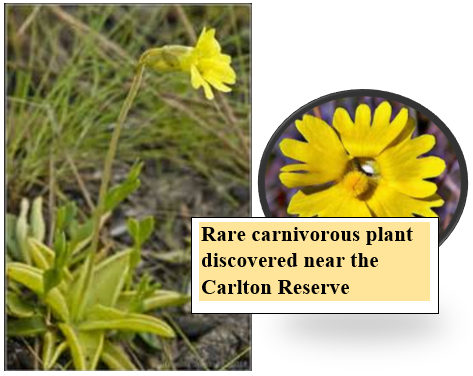 From Animal Rights to Clueless in Seattle

Some Animals More Equal than Others?

I’m old enough to remember when the circus trains would pass through Sarasota on their way to the Ringling winter quarters in south county during late autumn and again in the spring when the red and blue trains – each carrying a distinct, self-contained touring circus production – would head back out on the road. Residents young and old would line the rail sidings to catch a glimpse of the performers and roustabouts as they’d make their way through town, hanging out the windows as the train would slowly move through. They’d wave and holler their greetings and the locals would reply in kind.

It was one of those rare local rites unique to this area that most everyone would embrace. The spectacle of it all was compensation enough for the inconvenience of the traffic delays. When the train would reach Venice there would be a procession of animals and show folks headed from the train depot to the circus quarters a few blocks away. It was a rare chance for youngsters to see real live elephants and other magnificent creatures up close and personal on the streets of their very own hometown.

Sadly, those days have passed. Most of the tracks south of town were pulled up long ago to make way for the Legacy Trail. And besides, the circus now winters north of the Manatee River, in the Parrish/Ellenton area.

Still, a kid can always head to the circus itself to see the noble creatures that have fascinated young and old alike for generations, right? Well, maybe not for long. At least not if some animal rights groups have their way. Feld Entertainment, current owner of the Ringling and Barnum Bailey Circus, recently learned they are no longer welcome in Mexico City – the world’s 10th largest metropolitan area.

The city’s governing council has knuckled under to animal rights activists concerned about “alleged” mistreatment of circus animals, making the Ringling circus and others like it with animal acts persona non grata.

But conspicuously absent from the new ordinance is a similar concern over bullfighting, which is a regular event at the city’s Plaza Mexico, billed as the largest bullfighting arena in the world. Just a quick reminder here – and this is no mere allegation – the bull never wins, being sacrificed in a bloody spectacle at the end of the matador’s ‘heroic’ performance.

The management at Sarasota International Airport is turning its gaze from the heavens toward earth with plans announced recently for ground-based capital improvement projects aimed at boosting the facility’s bottom line. This is a “departure” of sorts from the usual method of growing revenue at most airports, namely increasing flights in and out, which locally has increasingly taken on the appearance of Sisyphus pushing his boulder up the hill only to have it roll back down as the summit nears.

Retail, warehouse and other commercial enhancements are proposed as a means of increasing economic activity in and around the airport’s prime real estate that is strategically located between Sarasota and Bradenton. The improvements may include moving the control tower to free up space at the desirable northeast corner of the property. One area that will likely not be the focus of too much attention though is the terminal itself, which increasingly has taken on the appearance of a ghost town.

While getting a haircut at the nearby Kings Row Barbershop recently, my barber Mary predicted that before long the terminal will likely become the site of a bus station with trips to and from the region’s larger, more realistically named “international” airports.

All of which got us to thinking: there’s been talk of moving Sarasota’s SCAT bus transfer station out of downtown; so maybe the airport could add some revenue by making the city and county an offer? And why stop there? Perhaps they could also offer the terminal up as a potential site for the city’s proposed “come as you are” homeless shelter? After all, it’s a public facility, it’s paid for and heaven knows it’s not getting much use these days as far as its intended purpose goes.

Have it Your Way…

Proponents of efforts to raise the minimum wage celebrated last month with news from Seattle that the city will soon require businesses within its borders to pay employees at least $15 an hour. But before getting too carried away with the joyous news, perhaps proponents of the higher wage standards should consider the impact of another law, the Affordable Care Act, on employment in the fast food industry. As a result of the law’s requirement that businesses provide health insurance coverage for employees working more than 30 hours per week, full-time positions have dwindled to just two at many typical fast food outlets: a day manager and night manager position. Typically, everyone else is now likely to be part-time, even if they work hard and prove their value to ownership. As a consequence, there are actually less opportunities for advancement in the industry than before the law was enacted.

That’s not to say there won’t be winners due to Seattle’s high-minded if ultimately counter productive efforts. Companies that sell those new keypad systems that allow patrons to place their own orders without the need for human interaction should score big. But for young workers or struggling adults looking for a foot-in-the-door entry-level job? Well, remember the slogan “Where’s the Beef?” The new anthem in Seattle may well be “Where’s the Job?”

Meanwhile at the Other End of the Economic Spectrum…

The new University Town Center Mall has scored another high-end tenant to join the ranks of Saks Fifth Avenue, Williams Sonoma and The Apple Store. Tesla Motors, which manufactures high-end electric sports cars for $70,000 and up has pulled a permit to set up shop in the new $325 million mall scheduled to open in October.

An added bonus of the new location? The area may serve as a good proving ground for the company’s new battery technology, especially if their designs can make it through the monumental traffic jams at the I-75/University Parkway intersection on a single charge.

On the Trail of the Mysterious and Intriguing Yellow Butterwort…

As reported recently in the Herald Tribune, a rare carnivorous plant known as the “Yellow Butterwort” has been discovered on county owned property near the Carlton Reserve. According to Bruce Holst of Selby Botanical Gardens who found the rare plant, the ground-hugging specimen has glands that secrete a sticky substance that traps insects when they mistake the glistening liquid for dew. Holst has only seen one other example of the plant and that was almost 15 years ago at Myakka River State Park.

The discovery was part of a survey of plant life on public lands the county contracted Selby to complete. The cost: $11,000.

I don’t know what is more intriguing: the discovery of a rare carnivorous plant in our own backyard, or the fact that the county would spend $11,000 to fund such a survey in the first place…

Claude Raines Moment of the month: Martha Raddatz of ABC News reporting on a lawsuit filed by former NFL Players alleging that NFL team doctors administered painkillers to players to keep them in the game. According to Raddatz: “(the lawsuit) alleges a stunning deception: that team doctors prescribed powerful painkillers to players without disclosing the risks…” Stunning? Haven’t any of these players or journalists ever seen the movie “North Dallas 40?” It was made all the way back in 1979. Its power then as now is that everyone knew it was not a fictional account, even if the names were changed to protect the (not so) innocent.

Next thing you know they’ll be reporting that playing football can lead to concussions.