A Novel Defense for Driving Under the Influence

Earle Stevens Jr., 69, of Vero Beach denied drinking while driving after being pulled over by an Indian County Sheriff Department deputy recently. The traffic stop came in response to a call from a woman who said a man matching Stevens’ description had repeatedly smacked into her vehicle from behind while she was in the drive thru line late one night at a local McDonald’s Restaurant (no doubt denying her the right to a ‘happy’ meal).

Stevens denied the dinking while driving charge, saying he was only drinking while his vehicle was parked or stopped at a traffic light, never while he was actually driving.

A novel argument, yes, but ultimately an unpersuasive one.

Stevens was charged with DUI and driving without a license.

And Then There was One… 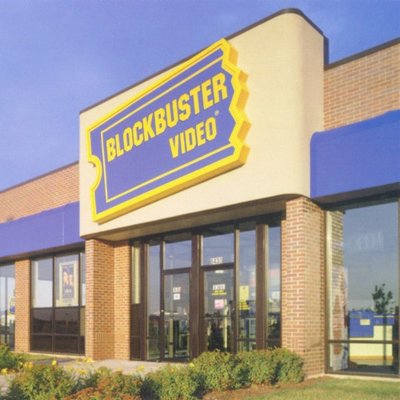 At one time Blockbuster Video had more than 4000 location coast-to-coast. But now, a single store – in Bend, Oregon – is all that remains of the company’s once grand and glorious empire.

How long it will remain, no one knows, but if the pace of change in today’s modern world has you wishing you could ‘rewind’ to a slower time, maybe you should consider retiring to this latter day Brigadoon, hidden away not in the Scottish highlands, but rather in the high desert of Oregon, where time moves slowly and VCRs still reign supreme.

Is the old grey lady going a bit daft in her old age? The New York Times didn’t run a single story on Alexandria Ocasio-Cortez (D) before she knocked off big time incumbent and political insider Joe Crowley in New York’s democratic primary for the 14th congressional district seat in Queens.

After her stunning victory, The Times’ very first piece on the upstart newcomer carried the headline “Who is Alexandria Ocasio-Cortez? “

Maybe we’d know if you had asked that question before the election.

Does Anyone Have a Good HOA Story?

Gene Work was trying to beat his HOA’S deadline to get his new sod installed when he suffered a heart attack.

He survived, but while in the ambulance on the way to the hospital he told the EMTs he simply had to get his sod down right away or he’d be hit with heavy fines from his neighborhood association.

His wife, Melissa Ann Work, posted this message on Facebook on July 8,

“I don’t know how to start this, but PLEASE read and PLEASE, PLEASE share!!!

Before my husband had his massive heart attack, he was working on the sod with my amazing brother-in-law. That was what triggered it. We had just received our four last palettes and were going to finish it. It has been my husband’s biggest stress, as our HOA date to fine us a huge amount was getting closer.

The EMTs took note of the family’s plight, returning to Work’s yard later that afternoon to finish the task that had nearly put him under the sod he had pushed so hard to finish installing.

After recovering Work made a trip down to Pasco Rescue Unit 10 to thank those men and women who rescued him, twice in one day.