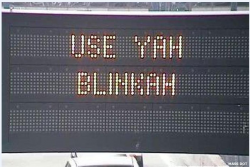 Off Key
By Bob Frederickson

From Sub-Tropical Dreams to Flying Machines

Florida has long attracted those looking to paint their own unique self-portrait on the state’s inviting and expansive canvas.

On a good day (or bad depending on your point of view) as many as one thousand new residents flock to the state. Upwards of 70 million come for a visit each year.

A condo on the mainland overlooking the Intracoastal Waterway in Manatee County hopes to attract its share of those new arrivals. Its unique ad campaign conjures a spell many willingly fall under by borrowing (under licensing agreement, I’m sure) much of the imagery found in the music of one time Florida resident (and lifelong ambassador) Jimmy Buffett.

It even shares the name of one of Buffett’s songs: “One Particular Harbor.”

“Live the Margaritaville Lifestyle at One Particular Harbor,” reads the headline splashed against the tropical hues of a glorious Florida sunset in the full-page ad in the Herald Tribune.

Buffett has become more successful in his business dealings and investments later in life than he could have ever imagined in his younger days kicking around Nashville trying to make a name for himself as a songwriter. That success has made him a very rich man with a net worth of some $550 million according to Forbes, ranking him number 13 on their list of America’s Wealthiest Celebrities. Some may begrudge him that wealth, but I’ve never been able to navigate to that port; maybe because I trace that success back to something genuine that still comes through in his music even after all these years. The stories told in his songs paint vivid portraits of what it was like for a time in the 1970s living in on or near the water in South Florida and the islands, free of the responsibilities that were waiting just beyond the horizon. They are full of characters that anyone who has lived in Florida for more than ten minutes can recognize immediately.

I still wonder about that down on his luck smuggler in Buffett’s tune “Pirate Looks at 40,” a song that when performed live gets everyone in the audience on their feet, ‘parroting’ along with Jimmy the number’s most memorable line:

It remains worth the price of admission just to feel and be a part of that thunderous chorus when Buffet is touring.

I wonder where that winsome old smuggler is now? Probably not at One Particular Harbor up in Manatee, I’d wager. But then again, you never know. After all, this is Florida.

Just ask that once itinerant songwriter trying to catch a break in Nashville.

Both Local School Boards Could Use a Time Out

To say the school boards in both Sarasota and Manatee counties are behaving like classrooms full of kindergartners would be an insult…to the kindergartners.

In Sarasota accusations of sexual harassment have replaced such outdated pleasantries as “Good Evening, Shirley,” or “How was your weekend Mr. Superintendent?”

While in Manatee, accusations of assault and bullying are the coin of the realm, where ‘Hopes’ for civility are running about as thin as the skin of some board members; and where at least one of our public ‘Watchdogs’ might benefit from a tighter leash.

Often Wrong, but Never in Doubt…

“In ten years all important animal life in the sea will be extinct. Large areas of coastline will have to be evacuated because of the stench of dead fish.”

Corny Joke of the day…

Ford Motor Company has issued a recall for some of its 2014-2018 Fusion and Lincoln MKZ models. The problem? A defect that could cause the steering wheel to come off the steering column “causing the driver to lose control.”

Yes, I can see how that might present a problem…

How to Afford a new Bentley? 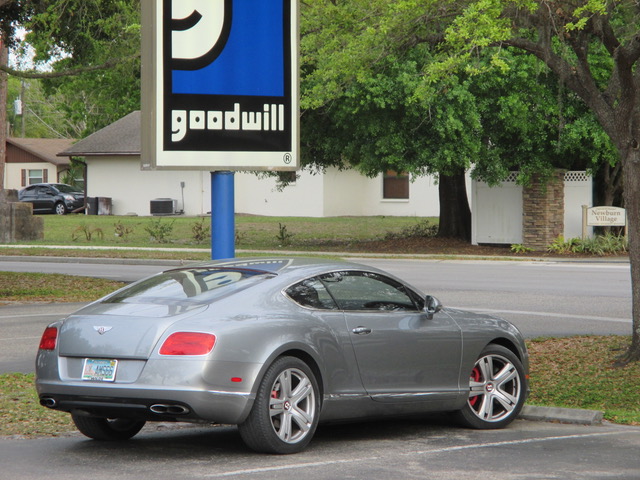 The flying car is finally here. Well, not exactly here, but rather in Norway. It soars up to 11,000 feet, flies like a helicopter and has retractable blades for when it is puttering about back on the ground. But obstacles remain to its widespread adoption, not the least of which is its price tag: a mere $650,000.

Searching for Answers in Aftermath of School Shooting in Broward

The debate over how to protect students in our schools has grown heated in the aftermath of the school shootings in Parkland, Florida last month, with some adamantly opposed to teachers carrying guns and others supporting the idea in cases where willing faculty members (and/or other staff members) are properly trained in their use.

In opposition you often hear it said “we don’t need more guns in our schools.”

More? How about some?

During the recent rampage, there was only one gun in the school at the time and it was in the hands of the deranged gunman. No less than the father of one of the victims, Andrew Pollack, whose daughter Meadow Pollack was among the victims, tearfully told an audience in Polk County last week that the wrestling coach Aaron Feiss, who heroically shielded several students from the killer and was later shot and killed himself, might have been able to save his daughter had he been armed.

But short of arming teachers, there’s still much we can do. It occurred to my wife and I while attending a Dead and Company show just two weeks after the shooting at the BB&T center in Broward County ˙– not far from Marjory Stoneman Douglas High – that we routinely secure large gatherings in public places to make sure no bad guys get in with a gun.

It was great to see members of the band, including Bob Weir and John Mayer wearing t-shirts proclaiming the message ‘MSD STRONG.’

But it was even better to see the trained security personnel at the entrance manning metal detectors to make sure the audience remained safe.

If we can secure an arena holding 20,000 spectators like the BB&T center, why can’t we or won’t we do the same for our kids?

In 1993 after a British tourist was shot and killed at a rest stop on I-10, then governor Lawton Chiles ordered armed security be stationed at most state rest areas.

For a time starting in the 1970s, airline hijackings were regular occurrences. But after 9/11 the nation got serious about securing airports and airplanes. When was the last time you read about one?

Aren’t our children worthy of the same level of security the rest of us expect when we go to a concert, board a plane or stop to stretch our legs at a highway rest area?