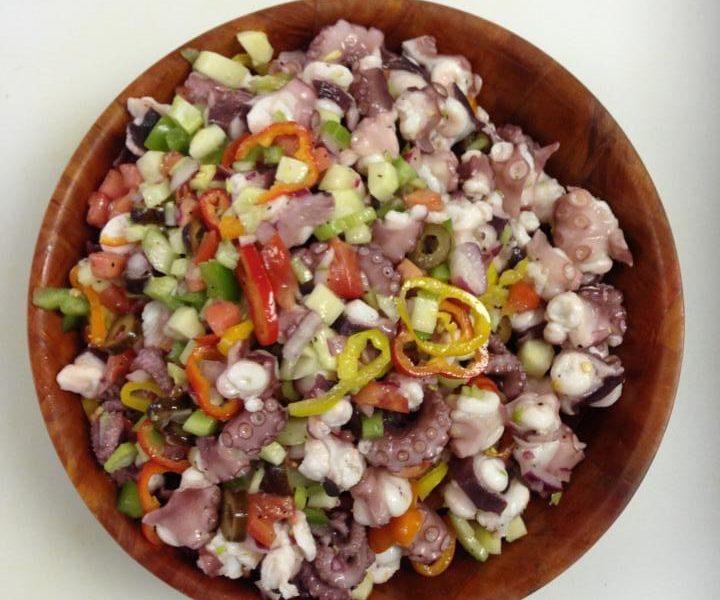 Meet the octopus, one of the most fascinating creatures of the sea

Octopuses are ocean creatures that are most famous for having eight arms, 2 heads, 3 hearts and blue blood. They squirt ink to deter predators; and being boneless, they can squeeze into or out of tight spaces. You can find them in the most improbable places, wedged under a rock, crab traps, crammed into ocean liter like a beer bottle or even an old tire.

The Octopuses are truly the most fascinating creatures in the sea and they are as smart as a house cat, believe it or not.

Their camouflage is extraordinary, often blending so perfectly with their surroundings that the only thing that gives them away is the sight of a row of suckers on a coiled tentacle. Some people call their appendages tentacles, but that is incorrect as they are their arms. Most octopus have suction cups on the bottom of each arm. The arms seem to have a mind of their own. In fact, two-thirds of an octopus neurons are in its arms rather than its head. That means that an Octopus can focus on exploring a cave for food with one arm while cracking open a shellfish for dinner with the other arm.

Now that I have your attention, here is an octopus joke: How did the octopus beat a shark in a fight? The octopus was well armed. Ha.

The octopus are carnivores which means they only eat meat. Meals usually include clams, shrimp, lobster, fish, baby sharks, and even the occasional bird. They typically drop down on their pray, envelop it with their arms and pull the animal into their mouth.

Their choice of meals is one of the reasons I like to eat octopus. Ever hear the saying, “you are what you eat?” Biting into a grilled or steamed octopus’ leg is like combining a lobster, shrimp and clam into a salty, tender seafood delicacy.

Oddly, people are always surprised to learn we have octopi here on the Gulf Coast. In fact, the one sure-fire way to surprise someone when I talk about octopus is to tell them the octopi is usually caught locally by spearfisherman or crabbers. Sometimes, its imported from Spain or Japan as the Pacific Ocean does produce a lot more octopus than the Gulf of Mexico. The notion that you might encounter an octopus off the Siesta Key beaches is impossible for some to imagine. However, stone crab fisherman encounters an octopus on routinely on deep-sea fishing trips. Both local and imported octopus are available at the original Big Water Fish Market. The octopus ceviche pictured below is a must try. It is salty, sweet and spicy. You can also purchase local octopus at Big Water Fish Market on Siesta Key. Don’t be intimidated by cooking octopus for yourself. All you do is steam your octopus for 30 minutes for tender succulent meat.