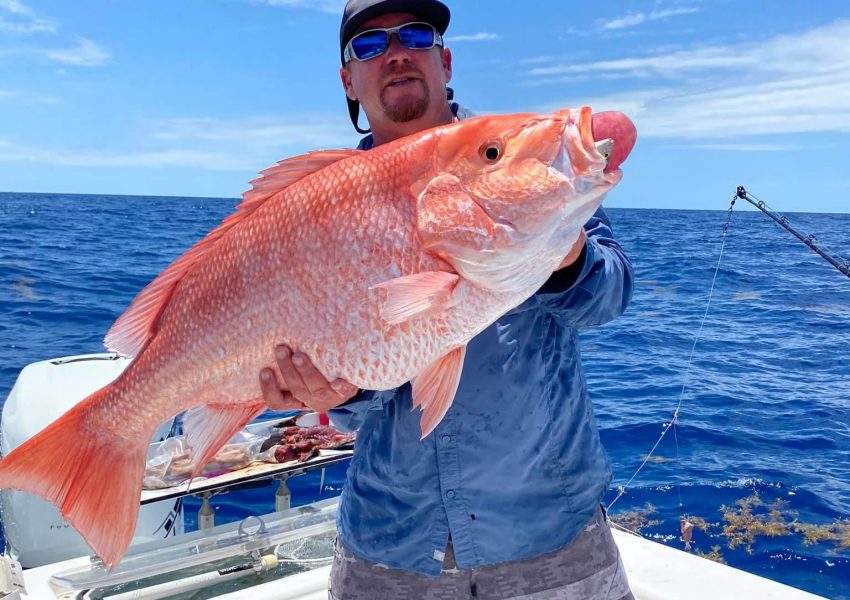 July brings us one of the tastiest treats from the sea…Snapper!! There are 17 types of Snapper available off Florida’s Gulf and Atlantic Coasts. The two most common snappers in markets and restaurants are the Red Snapper and Yellowtail Snapper. Red Snapper are known by their rosy-red skin and bright red irises. Yellowtail Snapper have a yellow stripe running from their nose to tail and are found in the warm waters of south Florida. They are also a top predator in the Gulf ecosystem. Red Snapper can grow to about 40 inches, weigh 50 pounds and live more than 50 years.

Locally, you will also find Mangrove Snappers plentiful. Mangrove Snappers are also known as Grey Snapper and can consistently be caught inshore. Their color ranges from bronze to grey and they have a mouth full of sharp teeth.

Snapper have a mild, firm textured meat that is perfect for almost any recipe.

One of my favorite Snapper recipes is the Florida Snapper with Citrus Sauce. You will need the following:

For the Citrus Sauce you will need:

Preheat a medium sized sauté pan over medium-high heat. Add 1 tbsp. oil to the pan. Season each snapper with salt/pepper and dust the skin side of each fillet with corn starch. Cook each fillet for around 3 minutes on each side or until completely cooked throughout the thickest part of the fillet.

For the sauce you combine the orange juice and soy sauce. Cook over medium heat until reduced by half. Reduce the heat and add butter and stir until the butter is incorporated. Remove from heat and adjust seasoning with salt and pepper.