Our boat gently rocks atop the calm sea. The crew consists of my best friends: Captain David, David 2, first mate Lee, Kevin and me. The air is still and peaceful, seagulls are all I see. The crew quiet and sun kissed in the face as we admire all the fish we slayed.  There is only one disappointment today as we don’t have any luck finding the bill fish we prey. We ice our groupers and snappers and pull in our lines. Then all of a sudden BAMMM! It was tuna time.  The Gulf came alive as a tuna hit our last long line.

This was an exciting moment for our crew of amateur fishermen as a tuna catch of this size had been dreamed of but always seemed a little out of reach for us. It seemed like the tuna was reserved for the pros such as our experienced Gulf Coast charter captains or the TV stars of the Wicked Tuna show…but not on this day. After about an hour we landed this beautiful fish and pulled it in the boat. On the way home Captain Dave opened up his glovebox underneath the fish finders only to pull out a bottle of Soy and Wasabi. He proclaimed, “I knew I would have a use for this one day.” 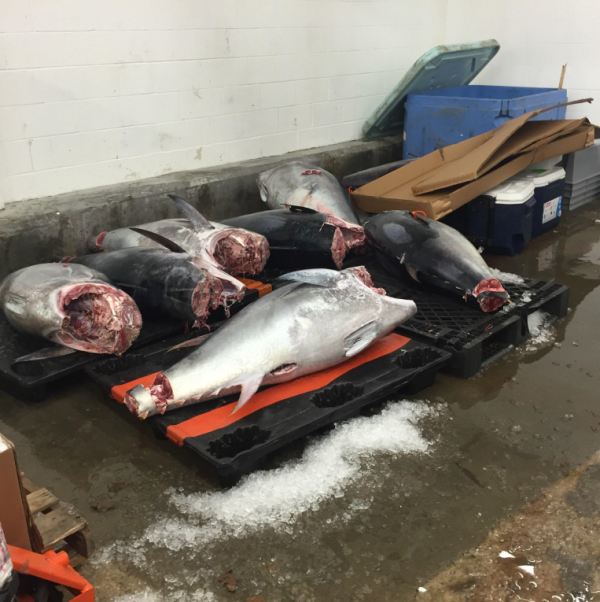 The yellowfin tuna we caught that day is a species of tuna that is mild and full of flavor with a firm texture. In my opinion, the only way to eat it is raw or seared. In most cases the Big Water Fish Market customer is always right, but it is definitely looked down upon to order this fish any other way other than rare in this seafood haven.

The most common type of tuna found at the Big Water is yellowfin tuna found in deep sub-tropical waters. Known as Ahi in Hawaii this US tuna is a #1 graded fish because of its good color and high fat content. In order for Tuna to be considered a sashimi grade fish in the states the whole fish or loin needs to be flash frozen immediately on the boat and stored for 48 hours then inspected to ensure our safety to eat it raw. 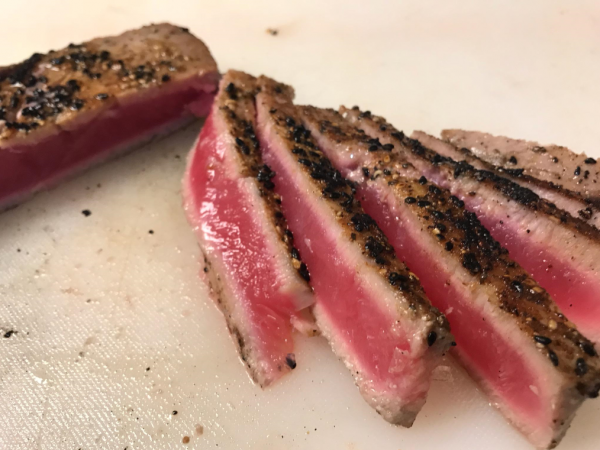 Tuna is a trendy fish, as evidenced when Sushi became popular in the states in the 80’s. Then a dish called tuna tartar was introduced in upscale restaurants. The most recent tuna trend to hit the local seafood scene is a dish called tuna poke, made popular in Hawaii.  At the Big Water Fish Market on Siesta Key we feature Tuna Tuesday where Chef Clark Andrews puts on a “tuna clinic.” With help from the staff, Clark puts out mouth-watering seared tuna specials such as a blackened seared tuna plate, tuna burgers, Poke bowls and tuna tartar soft shell tacos served with freshly made guacamole and Pico de Gallo. 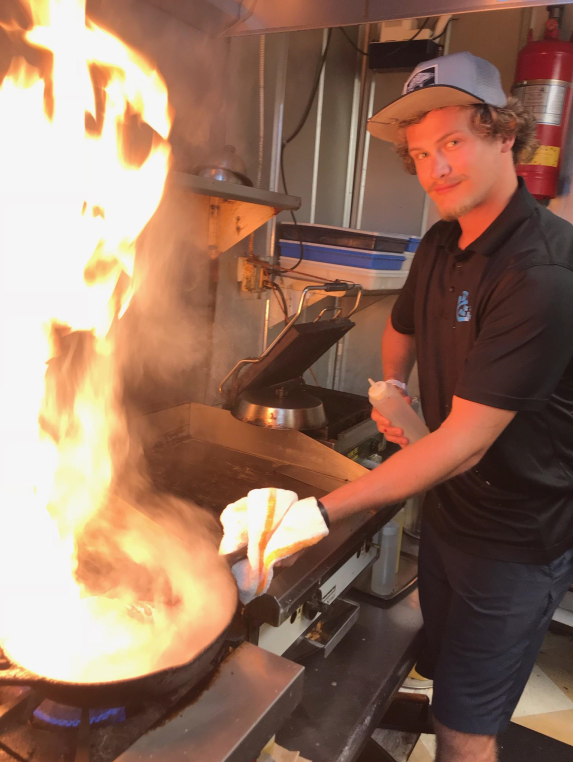 Looking back on that day trip, I know it was a special moment among friends.  One that’s only increased 100% because of the tuna sashimi we ate on the sunset drive home.

Happy Holidays and New Years from your staff at the BWFM.