Notes from the island fishmonger

Those of us familiar with Siesta Key and the surrounding area have witnessed the growth of the tourist population, vacation rental construction and expanded retail shops/restaurants on the South Side of Siesta Key.

Mainstays on the South Side of the island such as the ever popular Captain Curt's and Sniki Tiki bar, Miguel’s French Cuisine and Ophelia's on the Bay have been joined over the years with additional eateries such as Clayton's Siesta Grille, Orange Octopus Ice Cream, Anna's Deli, Big Water Fish Market, A Taste of Germany and most recently, the second location of Toasted Mango.

Big name players have even decided to get in on the South Side action. Marina Jack has taken over the Turtle Beach Marina (now called Bayfront Yacht Works & Marina) and the Turtle Beach Pub (now called Turtle Beach Grill). Next door you will find Turtles Restaurant on Little Sarasota Bay which has beautiful bay front views.

Soon we will be welcoming a Sarasota tourist favorite to our southern end; Daiquiri Deck which will be located on Stickney Point Road.

The recent trend points to more growth and rumors of another hotel on the South Side of Siesta Key seem to confirm this movement.

With the ongoing growth of island businesses, especially restaurants, I’d like to share a glimpse of some of the chefs behind all those creative creations that continue to draw new patrons to their establishments. Many toil tirelessly behind kitchen doors without receiving proper credit for their “Labor of Love.”

Some have been in the business longer than others, but all are dedicated to their craft. Meet three of our South Side Siesta Sea chefs who excel at bringing it from sea to platter. 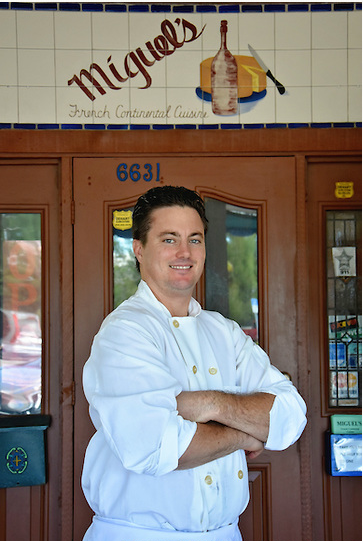 Miguel's French Continental Cuisine opened on Siesta Key’s South Side in 1983 by Miguel Garcia. Now owned and operated by the family, Gabriel Garcia is the Executive Chef.

Chef Gabriel is a very mature and educated chef who can talk about his food for hours. He attended Johnson and Wales Culinary School of Miami and graduated with a four-year degree in Culinary Design. We could also discuss his sous chef experience in Boston or his internship in Spain but the real story is how this chef runs his French, Italian and Spanish inspired kitchen right here on Midnight Pass Rd.

Chef Gabriel changes his menu often and his specials change nightly. He told me he gets inspiration and menu ideas when he does his weekly walk through at the Hillsborough Market in Tampa where he collects fresh and seasonal ingredients for his creations. Miguel’s is famous for their early bird menu, table side service, and their classic dishes with veal or lamb. Recently I had the Le Veau (veal) Piccata and I am still talking about it. Desserts such as their Bananas Foster or Crème Brulee are out of this world. But since we are talking fish, Chef Gabriel offers an Oyster Rockefeller Escargot, as well as salmon and shrimp on his menu and nightly specials always include a local fish that’s always incredible.

The day of our interview he was preparing a Sauteed Hogfish with a sweet candy stripe plum coulis with a basil and corn risotto croquette and asparagus. That's a mouth full or at least it should be. 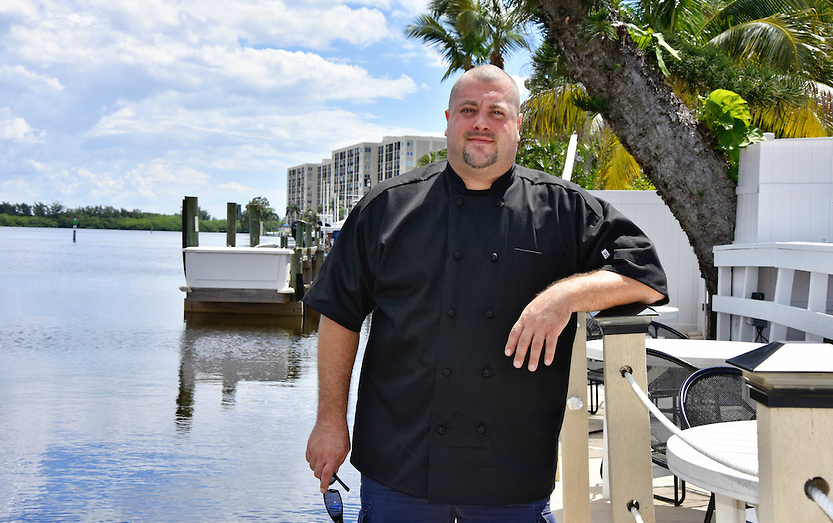 Chef Daniel is the Executive Chef at Ophelia's on the Bay. Ophelia’s has been a Turtle Beach mainstay since 1988. Ophelia’s is known for great waterfront views, fine dining experience, special occasions, Sunday brunch and Chef Daniel.

Chef Daniel moved to Sarasota in 1999, started at Ophelia’s in 2000 and through working his way up from line cook through sous chef under some of the highest rated executive chefs in the business, he became Ophelia’s Executive Chef in 2004. Considering Ophelia's is often awarded and consistently considered to be one of the best restaurants in Sarasota that is quite an accomplishment.

After 15 years of running the culinary department, Executive Chef Daniel has recently taken over as owner. Here is a fun fact…Chef Daniel’s resume includes only the “School of Hard Knocks” as he put it. He did not attend culinary school or have any formal culinary training. He just worked his way up the ladder and after 16 years he now operates a highly rated, upscale, fine dining restaurant that packs them in nightly.

When I asked him about his favorite menu items or recipes he simply said: "I’m a Grouper guy." Our interview lasted about three minutes but I love this guy. The menu changes nightly but consistently has a perfectly cooked Filet Mignon, Rack of Lamb and Tenderloin Medallions of Pork on the menu. Some of the seafood menu highlights include his Surf and Turf, Grouper with chive-truffle butter, and my favorite appetizer Bon Secour Oysters with Applewood Bacon, Caramelized Onions, Baby Spinach, Reggiano and Maine Lobster Mousseline. 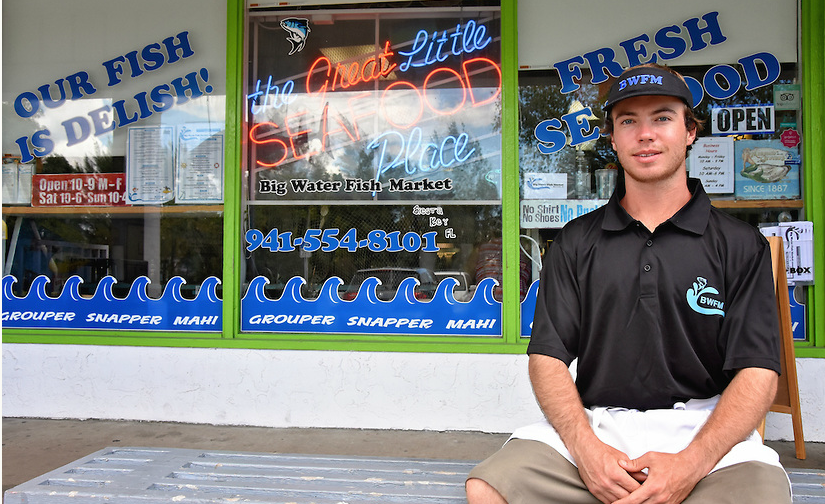 Aaron is a local young guy who is quickly making a name for himself as the Kitchen Manager and Chef of the highly rated Big Water Fish Market.

Aaron is by far the least experienced chef on the list but that's because he is only 20 years old! He has to be the youngest kitchen manager/chef in all of Florida and for that matter, I would not be surprised if he was one of the youngest in the country. This young man is a standout and knows as much about fish as anybody in Sarasota with the exception of the Mote Marine scientists.

Right now Aaron is the kind of cook you could see on the Triple D with Guy Fieri but Aaron inspires to be an executive chef, charter boat captain or both in the future. This writer would not be surprised to see him as the owner of his own seafood operation one day. Aaron's casual demeanor and “we serve fresh fish only” attitude fits in well with the fish markets concept. Chef Aaron says "I know I don’t have as much culinary experience as others on this island, but one thing you should know about me is that I’m not serving you fish unless it's fresh and cooked to perfection." Sometimes simplicity is perfection.

Aaron is a tuna guru. Whenever he is serving Seared Tuna, Tuna Ceviche, Tuna Tataki or even Tuna Tacos, you will definitely want to get in on that. With that being said, along with the menu BWFM owner created, Aaron creates the daily specials that can range from a Blackened Fish Salad in a handmade fried tortilla shell to an Islamorada Baked Hogfish dish or a Grouper Oscar on a Friday night.

BWFM is rated among the top five Best Grouper Sandwiches in the state and is consistently in the top five on TripAdvisor for the best places to eat in Sarasota. The kid is doing something right!

Now before heading back, be sure to enjoy a cocktail with Jess and the girls at the legendary Crescent Club or just listen to the smooth vocals of Sunny Jim at the Sniki Tiki.

See you on the South Side of Siesta Key!  And, remember: Buy Local or Bye-Bye Local.