THE DRAMATIC WORLD OF JACK GILHOOLEY 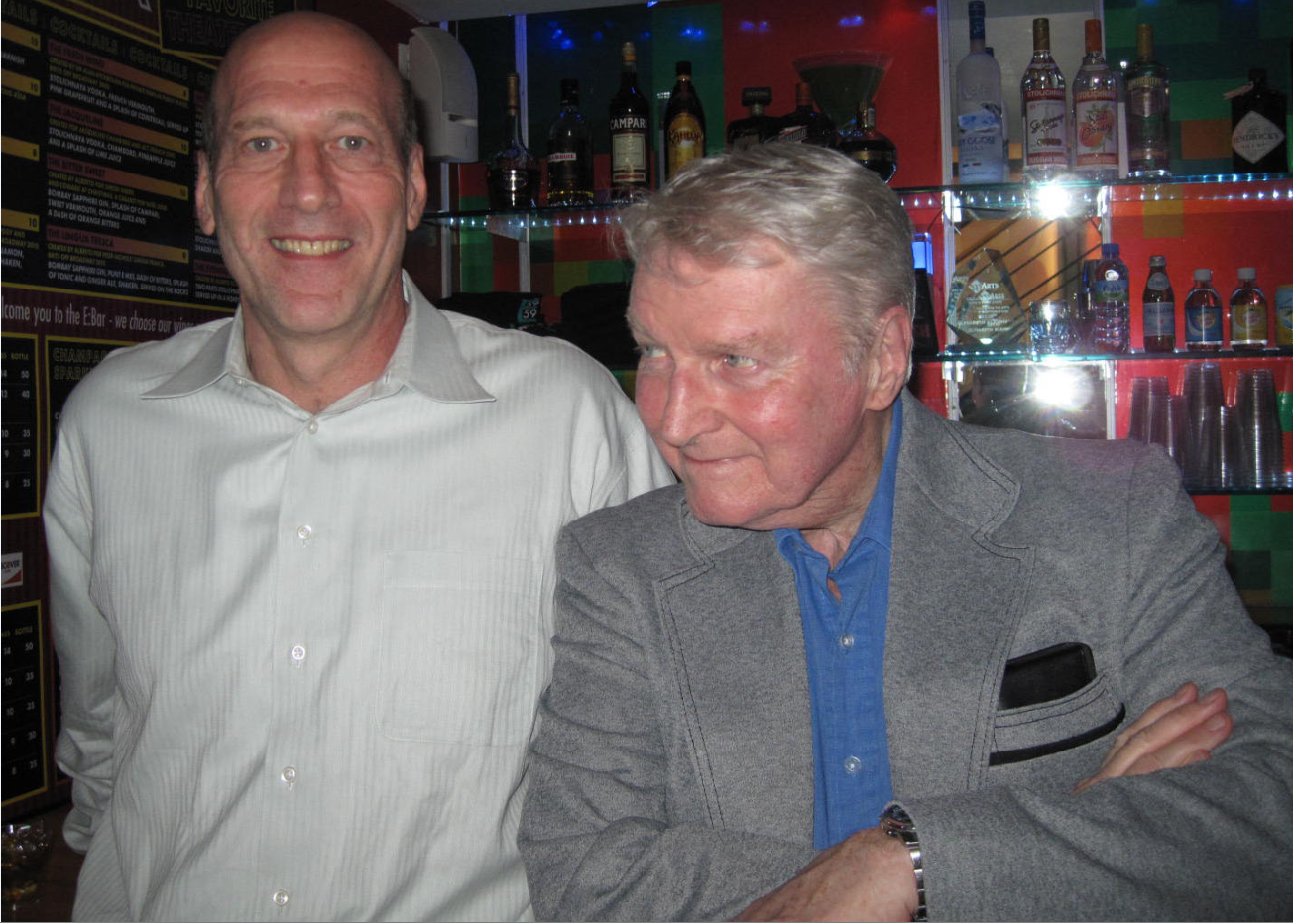 A gifted and prolific playwright lives in our midst. Jack Gilhooley has been the recipient of dozens of grants, awards, staged productions and readings of his work not only in the United States but also in Scotland, Ireland, Canada and Australia.

In February of 2014, there was a reading of his newest play, Lucia & Sam & Jim & Nora (& Harriet, Too) at Art Center, Sarasota. It was a fascinating tale based on the real-life story of Lucia Joyce, a young dancer of enormous promise who lived in the world of the Paris ballet in the 1920s.  Her father was the great Irish writer, James Joyce, and his iconic status indelibly impacted his adored but deeply disturbed daughter, who had fallen obsessively in love with young Samuel Beckett. I sat in that crowded audience at Art Center, Sarasota, and found the play to be utterly compelling.

Lucia & Sam & Jim & Nora (& Harriet, Too) is only the most recent of Jack Gilhooley’s endeavors. He has been known to develop several plays in a single year, most of them based on historic events.  In 2011, Gilhooley co-authored Triangle (with historian, Daniel Czitrom), and it played to sold-out houses at 59E59 Theatre in NYC. The story told of corruption behind the infamous Triangle Shirtwaist fire in 1911. “The characters are striking, tough and larger than life. The play deeply affected me,” said famed actor Ed Asner.

Another of Jack’s recent plays, The Warrior, addressed the issue of women serving in the military. It was first work-shopped at Culture Project in NYC as part of their anti-war Impact Festival in 2006. Selected from over 500 entries, The Warrior went on to Sarasota’s Backlot Theatre before going on to Theatre of The First Amendment in Virginia, where it was a winner in their First Light Festival. The Warrior was part of the Alternative Roots Festival in Baltimore in 2007, and then presented at the D.C. Fringe and the NYC International Fringe in 2008. It was the featured play at NYC’s Visions of War in 2009.

Jack received two Fulbright residencies. His first was in 1993-94, when he served as lecturer/playwright at Universidad de Salamanca, Spain.  His second Fulbright came in 2006 at National University of Ireland, where he developed his Joycean dark comedy, Ex-Isles, which was produced in County Limerick in 2008.  No stranger to Ireland, Gilhooley’s Shooters had premiered at Dublin’s PurpleHeart Theatre in 2005, drawing rave reviews from Ireland’s leading critics.

The Time Trial was originally produced in workshop at the New York Shakespeare Festival by Joseph Papp with Tommy Lee Jones. It went on to be optioned in London and recently ran in Chicago.  Papp called Gilhooley “another exceptional talent.” Of The Time Trial, he had this to say: “The predicament of a gang of small town, Southern outcasts struck me as profoundly human.  Speaking in a language as brutal and quick-witted as any New York Street persons’, they spend the day drinking and watching cars circle a race track.  In many ways the play became a powerful account of lives going in circles: of drugs, sex, and ‘speech’ going nowhere. For these people, small-town America has become a raw, bloody place with no way of fitting in or getting out, a kind of destructive maze containing nothing of value.”

The Machine—Jack’s play about the Pendergast political juggernaut in Kansas City —won Utah State University’s national “Playfest” in 1995. It subsequently received rehearsed readings with Ed Asner as “Boss Tom” in 1995 at the Mark Taper Forum in L.A., and again in 1996 at Asolo Theatre in Sarasota.  Jack won the 1995 Best Florida Play award when Hi-Rollers was produced by Valencia Character Company in Orlando. His play, Dancin’ to Calliope, won a Festival of Southern Theatre award in 1989, and ran in Miami in 1993.

In the 1990s —besides winning Florida state grants—Jack was awarded a NY Foundation for the Arts Fellowship for Connemara Dreaming, a play which was also selected for the Carnegie Mellon Showcase of New Drama.  Frank Gagliano, the producing director at Carnegie Mellon, said: “In this contemporary family play of humor, rage, sorrow and compassion, Gilhooley achieves some of the lyrical eloquence of the great Irish writers who sang of the pain of families.” Connemara Dreaming also won the Lexington, Kentucky, Actors Guild Best Play Award.

Raised in Manhattan and Philadelphia, Jack attended Syracuse University (BA in Drama), Villanova (MA in Theatre), and the University of Pennsylvania (MA in American Civilization). He is married to the talented Jo Morello, a gifted and productive playwright who deserves a separate article all her own. These two fiercely independent writers have occasionally collaborated, as they did in The Split, which won the West Central Florida Playwright’s Best Play Award and was also produced by Manatee Players as a winner of its New Play Contest.