The Creative World of Diana Colson 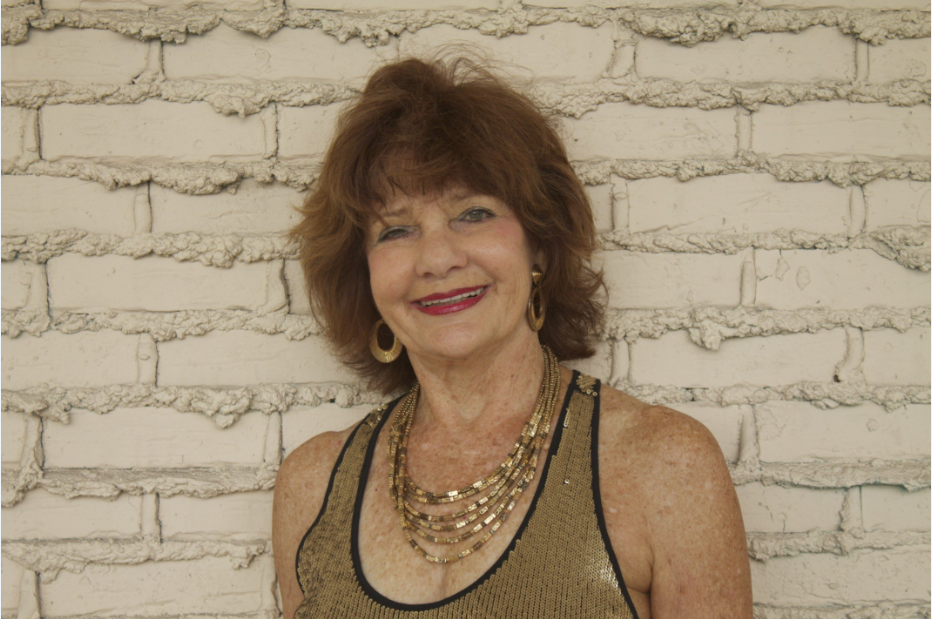 Diana Colson has the soul of a creator. An award-winning filmmaker, she is a published songwriter, composer, lyricist, and journalist who was once named as Sarasota County Teacher of The Year. She has produced 16 short films and created or co-created three full length musicals which have been produced on stage in Sarasota. Her newly published novel, Triple Destiny, is garnering 5-star reviews at www.Amazon.com. Of the story, Kirkus Reviews has this to say: “A bewitching supernatural romance…There is great potential here, and Colson shows an impressive talent that will be worth watching.”

Sarasota is one of the book’s three major settings. The hero, Nick, is a marine biologist at “Gulf Marine Lab”, a fictional environment inspired by our famed Mote Marine Lab. Triple Destiny is a story about the power of love, the magic of a child, and reincarnation. The colorful page-turner moves from Sarasota to the exotic island of Bali, a place where Diana lived for a three summers, and where she shot one of her early films.  The outback of Australia becomes the third setting for this riveting tale. To learn more about Triple Destiny, go to www.DianaColson.com

The back-story on Diana’s multi-faceted career is fascinating. In the 70’s Diana was headed for an extended trip to Australia with her husband, sculptor Frank Colson, and two young sons, Kevin and Sean. This expedition took almost two years, during which the Colson’s were to cover many countries. A few days before departure, she sat up in bed and announced: “I am going to buy a 16mm camera and make short educational films for young children.  I’ll invent little stories about each country and star one of the boys in each film.  American kids will identify with the child in the movie and learn about other parts of the world.”

She had never made a film in her life.

Three years later, her first eight Diana Colson Films films were being handled by three major distributors, short films about Kyoto, Hong Kong, Sydney, Bali, Thailand, Delhi, and Mexico. She was an established filmmaker who had returned to teaching music at Southside Elementary. In 1975 Diana was named Sarasota County Teacher of the Year.

In the late 70’s she started partnering with Swain Film & Video, and the quality and sophistication of her work skyrocketed. Seven films emerged, several of which garnered major awards at film festivals. The storyline for Pinata came to Diana in a dream. Filmed in Oaxaca, Mexico, it earned many awards, and ran for several years on Calliope.  Her 28-minute film, Panama Canal: the Longest Shortcut, also went on to collect many awards. Somebody noticed, for when director Victor Nunez was to make his feature film FLASH OF GREEN in Sarasota with Blair Brown and Ed Harris, he tracked Diana down, saying: “I want YOU for Assistant Casting Director!”  “Work on a feature?” she thought.  “Well, why not…”

She had hired singer-songwriter Holly Graham to create the title song for Pinata, and the gifted performer did a magical job. Later, however, Diana puzzled: “Why didn’t I take a stab at writing that title song myself? I do teach music, after all.” That realization was the impetus to create 59 original songs for two filmstrip series called Learnalongs, which were distributed nationally to schools.

In the late 80’s, Frank and Diana went to Africa on Safari. Of that unforgettable experience, 19 original animal songs emerged, along with striking safari photographs. A 35 minute video called African Songalongs was soon in national distribution. It is still offered in the educational market, and can be found at www.songsforteaching.com

A teacher at Sarasota’s Ashton Elementary in the 80’s and 90’s, Diana began writing more and more original material for her music classes. Shows like The Rumplestiltskin Cantata and The Great Carrot Robbery emerged, much to the delight of the kids.  Diana had never considered writing for the adult stage. Still, when Jack Gilhooley asked her to write music and lyrics for his play, Mismatched, she could only say, “Why not!”

Soon Deane Allen showed up on her doorstep inviting her to create the next Sarasota Youth Opera.  It was ‘Why not’ all over again.  Diana used characters from an unpublished picture book she had once created, inspired by the whimsical coyote characters created by Siesta Key artist, Suzanne Larsen. So it was that Cornelius Coyote was born.  More musical than opera, it dazzled for seven performances at the beautiful Sarasota Opera House, and was truly a howling success. Today, The Players Theatre is considering reviving the production.

Encouraged, Diana tackled creating music and lyrics for a historical show, The Fabulous Mrs. Palmer, with book by Jo Morello. It was produced by Manatee Community College, received all kinds of grants, and was seen by 5000 people over eight nights of performance.

Then along came percussionist Tom Suta, who asked: “Can you create lyrics for my score?”  Yikes – Diana didn’t know if she could. In her own creations, lyrics came first and music followed. However, to Tom’s and Diana’s mutual amazement, the partnership worked! She’d listen to his instrumental recordings for days and days, then – minutes before he was to show up for their scheduled appointment – words would suddenly pop in her head.  She’d scramble to write them down before she forgot.

Their joint creation, Eye of Ra, was presented on stage by the Sarasota Youth Opera at the historic Opera House, and was greeted with standing ovations.

One hot, boring summer day, Diana was reading a weekly newspaper, the PELICAN PRESS, when a tiny ad jumped out saying they were looking for a Social Columnist.  Well, she’d never done that before either, but there it was:  a 5-year adventure which brought loads of social action into the lives of both Colsons.

Today, Diana Colson is a contributing writer for our Island Visitor group of papers. She sees each project as a challenging puzzle just waiting to be solved.  A graduate of Scripps College in Claremont, California, with an MA from U.C. at Berkeley, she was recently honored for Creativity by Ringling College of Art and Design.

Diana’s biggest dream is that a feature film be made of Triple Destiny, and she shows her prowess as screenwriter throughout the book. True to form, she has already composed theme music for the pivotal love scene, which can be heard on her web site. A screenplay version of the novel exists, and various actors, directors and producers have expressed interest. All Triple Destiny needs is a group of investors, and the exotic love story will appear the silver screen, complete with Sarasota as one of the settings.