A Turtle Beach mainstay since the 50s, marina now has a new owner 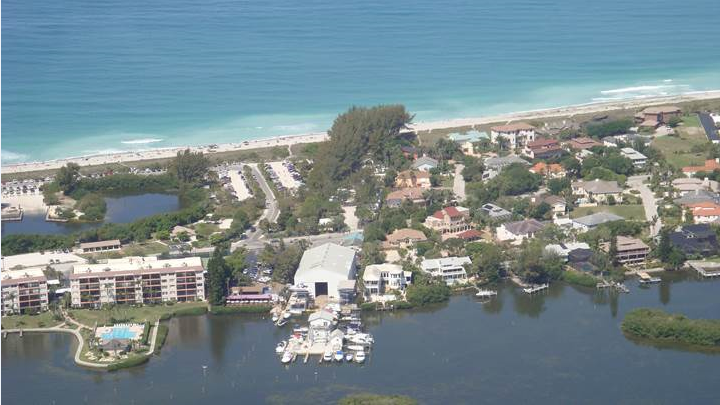 was originally called Dixon’s Marina, and there weren’t any condos in the area and a fish camp was located nearby.

Dixon’s Marina was located close to the former Midnight Pass Fishing Camp, which was established in the 1940s and located just to the south, according to documents provided by the Sarasota County History Center and newspaper accounts.

A 1965 publication called Motor Boating described Dixon’s Marina as having facilities “for gas and oil, dockage, in and out service and complete motor and boat repairs.”

Also at the time, Midnight Pass was open, and the owner of the marina was said to swim across the pass with his dog, recalled Ron Flynn, a realtor and former manager of the marina in the 2000s.

Then in the 80s, after the fish camp had closed, a new owner purchased the marina and it became Midnight Pass Marina. In 2003, the marina again changed ownership when four investors purchased the property, renaming it Turtle Beach Marina.

Up until about 2003, the marina had a large travel lift that operated on rails and could haul boats in and out of the water. “They did bottom painting and worked on some rather large boats,” said Flynn, who was general manager from 2003, when the marina became Turtle Beach Marina, to 2006.

As the Key has changed over the years, the marina was a fixture on the south end of the island. It now has new owners and faces new changes ahead.

On Sept. 1, the same ownership company and management team that runs Marina Jack, located in the heart of downtown Sarasota, purchased the marina located at 8865 Midnight Pass Road.

The marina is now called Bayfront Yacht Works, and the Turtle Beach Pub has been renamed the Turtle Beach Grill. According to county property records, Jack Graham Inc. has been leasing the property at Marina Jack from the city since 1974. The downtown marina has 315 slips. 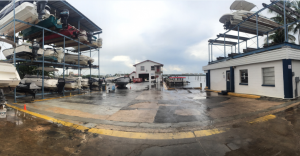 In some respects the newly-named Bayfront Yacht Works will be returning to its origins, as the new owners plan to bring back a large lift that can handle boats up to 60-feet in length. Larger vessels can be hauled out of the water so crews can make repairs or provide maintenance.

“This haul-out will cater to the clientele we host at Marina Jack, as well as the ret of the local boating community,” said Kat Wilson, Associate Manager of Public Services and Yacht Services Manager for Marina Jack. “Vessels do need to be taken out of the water for several maintenance items. There are not a lot of places on the west coast where vessels can be taken out.”

In addition, the marina will receive some modern upgrades that will make it a boating attraction, including all-new boat racks, state-of-the-art restrooms and showers, updated retail space, new personal watercraft rentals through Bayfront Excursions, and a full-service maintenance department, complete with mobile technicians.

Renovation work on the newly-named Bayfront Yacht Works is expected to be completed in January, 2016, Wilson told Siesta Sand.

Turtle Beach Grill, located on the west end of the property, will undergo minor repairs. The physical transformation includes a new interior and exterior appearance. Other plans include expanding the menu and beverage selections.

“Our emphasis will be to expand the menu in certain areas while providing a quality food and beverage experience at casual family friendly prices,” said Tom Delong, Vice President of Turtle Beach Grill and General Manager of Marina Jack.

The property was not on the market when it sold, and the new owners are not discussing the sales price, Wilson said. Turtles, the restaurant to the south of the grill and marina has not changed ownership. Turtles is located at 8875 Midnight Pass Road.

The marina has 25 wet slips and more than 140 dry storage slips. It had previously been on the market several years ago, but was taken off the market in 2006 after not selling.

“Fit the bill”
The new owners had been looking to purchase a second marina for some time, and the marina on Turtle Beach proved to be a good fit.

“It just really is a hidden gem,” Wilson said. “It’s a great location.”

This property seemed to really fit the bill: right location, right price, right facilities. It is a place we can really buildup and make our own. We will bring the same resources we have at Marina Jack here.”

The property has been in need of some updating. “It has been subject to deferred maintenance,” Flynn said. “Being on the water, there are a lot of environmental factors that impact it, as it does any structure on the water.”

“It needs some TLC,” Wilson said.

As of press time, work was well underway. Turtle Beach Grill was getting a new roof.

The new owners had purchased several new kayaks to use as rentals. “We have some brand new tandems, and I believe we are getting some new single kayaks,” Wilson said. “We have some new paddleboards. The Jim Neville Marine Preserve is right in our backyard, so that makes for a great paddleboard trip.”

Structural and foundation work was underway at the marina, including work to make sure the facility could handle the large boat lift and the lift can move freely. “Right now it is half concrete, half asphalt,” Wilson said. “It has to be fully concrete, and has to perfectly level.”

Different contractors were working on different elements, from painting to the major concrete work. “We’ve only been here 11 days, and it is already looking different,” Wilson told Siesta Sand during a Sept. 11 interview.

The marina remained “completely functional” during renovation work, except for closing for a brief period while concrete was poured.

The grill has remained open and operational during renovation.