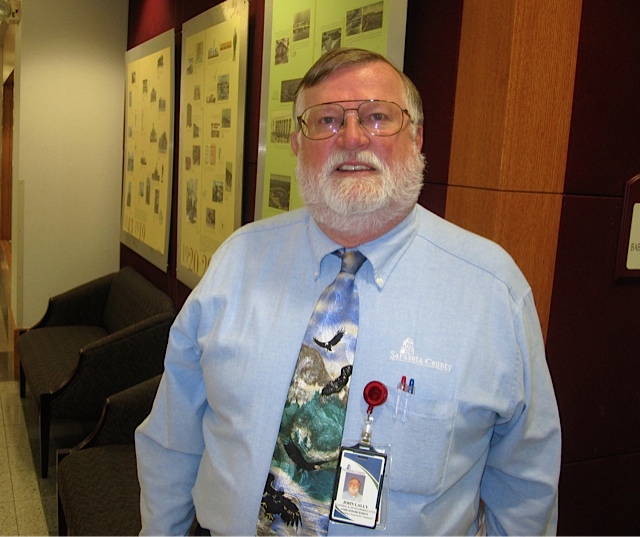 Imagine your neighbor moves out of his home across the street and within days a new family moves in. But instead of working around the yard or exploring their new neighborhood, the new arrivals spend most of their time by the pool, listening to loud music and throwing late-night parties for family and friends who have parked their cars (all of which share the same out-of-state license plates) up-and-down your narrow residential street.

Then, after a week, they’re gone and…what’s this? Another family is moving in?

You realize that instead of living in a quiet neighborhood of single-family homes, you’re now living next to a resort. Your neighbor is renting out his property by the week and your once tranquil street is now anything but. In fact, it’s more reminiscent of the village in April than the relaxed retreat you remember.

But wait…there are rules against this sort of thing, right? You recall that short-term rentals of less than 30 days are prohibited in most single-family neighborhoods on the Key. You breathe a sigh of relief, thinking all you have to do is call the county’s code enforcement office, make a complaint and this whole mess will be straightened out in no time, right?

It’s not as simple as a code enforcement officer merely calling the offending property owner the next day and ordering them to stop or be slapped with an immediate fine.

It takes time to document the illegal rental activity in question, schedule a hearing and obtain the “finding of fact” that is necessary before any fines (of up to $250 a day or $500 per day for repeat offenses) can be assessed. At that point, the non-conforming rentals usually end, but it can take four to six months to get to this point. In some cases the violations discovered may stretch back a year or more and represent a considerable amount of income for the violator.

It’s not that the county is unsympathetic to the plight of residents dealing with the noise and parking headaches often associated with nearby short term rentals; it’s just that – as the saying goes – the wheels of justice are often slow to turn.

now consumes 75 percent of his time. “It’s gotten much worse since Siesta Beach was named the country’s best beach a few years back,” he said in a recent interview. It would seem quite a few folks are looking to cash in on the key’s newfound claim-to-fame.

His advice to homeowners facing what they suspect is illegal renting in their neighborhood? “We don’t recommend that homeowners confront the renters,” he said. Instead, he advises they call the county at 861-5000 and lodge a formal complaint. The sooner a complaint is filed, the sooner he can begin an investigation that should eventually lead to the “finding of fact” that brings with it the prospect of fines being levied; this is what usually gets the offending property owner’s attention and finally puts an end to the violations.

“We’re not looking to fine people,” Lally said. “We want to bring the properties back into compliance.”

Two hearings last month by Special Magistrate Meg Wittmer at the county administration building bear this out while illustrating the range of steps that have to be taken to reach that goal of compliance.

One case involved a property owned by Jeff Seacrest at 349 Avenida Madera. While investigating a complaint on that street in early summer, Seacrest’s property caught the attention of code enforcement officer Lally. An investigation of the property was opened.

“Most of these properties are offered for rent on vacation rental sites like VRBO (Vacation Rentals By Owner),” he said. So his work begins online, at the computer, searching through hundreds of listings for Siesta Key vacation rentals.

The addresses are rarely, if ever, listed. So he had to look through all the images included on the sites he is checking, comparing them to pictures of the property he has taken. “It can take a bit of time,” he says. “And there are a bunch of sites out there to check.”

If he finds a match, the next step is contacting the homeowner or property manager, in this case Seacrest, who Lally discovered in a records search, has an Ohio address.

In July, Seacrest was sent a notice of requiring him to provide records of rental activity at the property covering the previous 12 months. Under county statute, these records must contain “the names and addresses of lessees that are adequate to establish the period for which a unit is rented.”

Seacrest was required to reply by August 28th. He did. The information was reviewed by the county’s code enforcement office to determine if it was consistent with their own findings. In this instance, the records showed 25 cases of illegal short term rentals over the 12 month period investigated.

Assuming the going rate Lally estimates at $1750 per week for an average, modest home, it’s easy to see why so many are attracted to the idea of renting out their property on the Key. Lally says he has come across properties offered at up to $14,000 per week. At that rate, a fine of $250 or even $500 a day could be viewed as a minor annoyance. Interestingly, such high-end properties would likely draw less attention from neighbors in the first place, since they likely feature larger lots with off street parking and a client base less likely to behave like frat boys on spring break.

The hearing for the Avenida Madera property was scheduled for November 8th, during which the evidence gathered by Lally and the records provided by Seacrest were presented for the record.

Special Magistrate Wittmer had one overriding question for Lally during the hearing: “Is the property now in compliance?”

And with that, the “finding of fact” was recorded with the county clerk and the hearing was complete. No penalty hearing was scheduled. No fines were assessed for the documented violations to date. The whole proceeding took perhaps five minutes at most for a case that had first come to light five months prior. A similar hearing for a property on Calle Florida owned by Allison Jones was disposed in similarly quick fashion.

“The finding of fact stays on the record for five years,” Lally said in the lobby afterwards. “If there’s a violation in the future, then the fines can kick in right away.”

When asked if he could recall a fine ever being assessed for similar cases he had investigated, the eight-year veteran code enforcement officer answered yes.