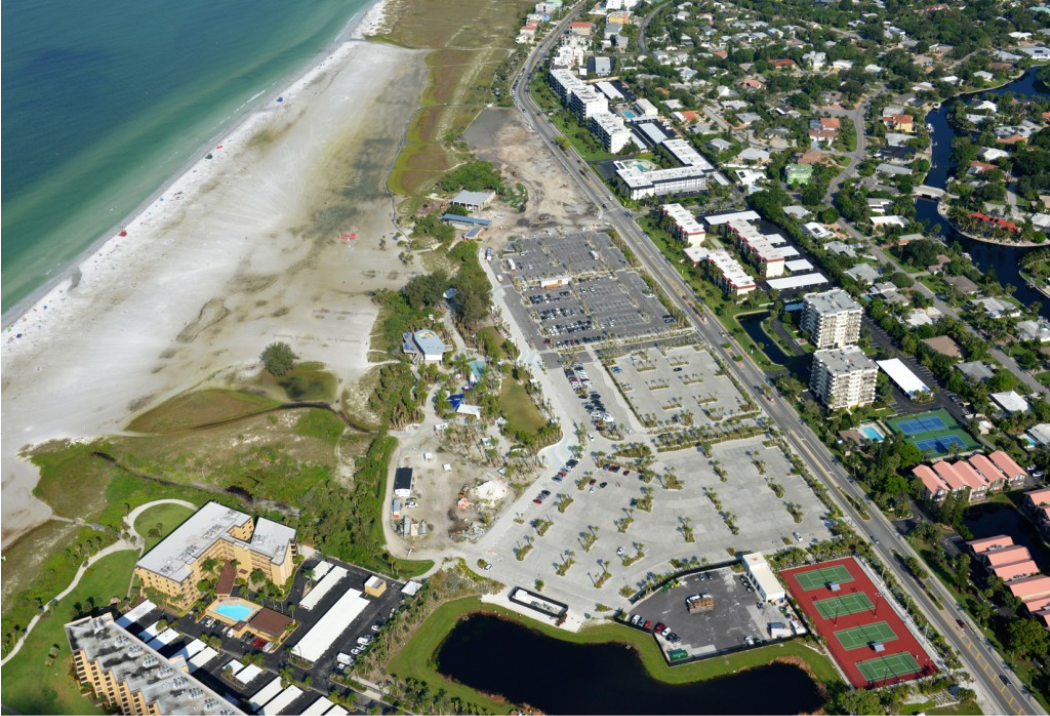 Before wrapping up its approval of the fiscal year 2016 budget, the County Commission held six budget workshops this year. “It has been very comprehensive,” said Commissioner Alan Maio, who as District 4 Commissioner represents the Key. The board began discussing the budget back in December at a retreat with County Administrator Tom Harmer.

“To the average person, that might be very technical and dry,” Maio said of the budget meetings. “But at $1.09 billion, it is a lot of money.”

The County Commission adopted the county budget in September voting to keep the millage rate the same as the previous year at 3.3912. However, many property owners will see higher tax bills because of increased property values countywide.

Included in the budget were several items impacting Siesta Key, from funding for the South Siesta Beach Renourishment to needed wastewater upgrades.

In an interview with Siesta Sand, Maio discussed some of the projects funded in the 2016 budget.

This spring, all of the public parking was open along with the new playground at the improved Siesta Public Beach area, as well as a new pavilion and east concession stand. A total of 143 new parking spaces were added just in time for spring break.

All four phases of the large improvement project at the Siesta Public Beach are expected to be completed soon. “It has all been funded, and it should be finished by the end of this year,” Maio said.

Maio pointed out the additional parking spaces and the re-orientating of the parking so beachgoers can walk more safely to the beach. The majority of the parking were reorganized to make it easier for beachgoers to walk through the lot. Instead of walking through the rows (between parked cars) beachgoers will be able to walk down the rows.

This project is a multi-year, multi-million dollar project with the overall goal of removing the Siesta Key Wastewater Treatment Plant and replacing the aging facility with a new lift station and force main sewer pipe.

“Water and wastewater project are important,” Maio said, “especially in an area surrounded by water.”

It will take four phases of construction work to decommission the aging plant, which is a remnant of a previous type of wastewater treatment. It is the only wastewater facility currently in the county that treats water and discharges it into a waterway. The county plans to decommission the old wastewater plant by December, 31, 2016. That plan has to come to fruition in order to meet an agreement with the Florida Department of Environmental Protection (FDEP), which is mandating shutting the facility down.

According to Sarasota County, due to normal wear and tear, meters generally slow down and therefore do not measure all the water used. Older meters or meters that have registered over one million gallons regardless of age are replaced during an annual water meter replacement program.

The $19.9-million beach renourishment on South Siesta — which includes Turtle Beach Park — is included in the county’s five-year Capital Improvements Program. Funding for the $19.9-million project will come from Tourist Development Tax dollars, state beach funds or commercial financing, along with MSBU (property assessed annual fees paid by property owners near the renourishment).

“Staff is working on trying to get more [state] funding,” Maio said.

The county plans to have the final permit in time for an early-January start date for the long-planned project to buffer two miles of beach, including Turtle Beach.