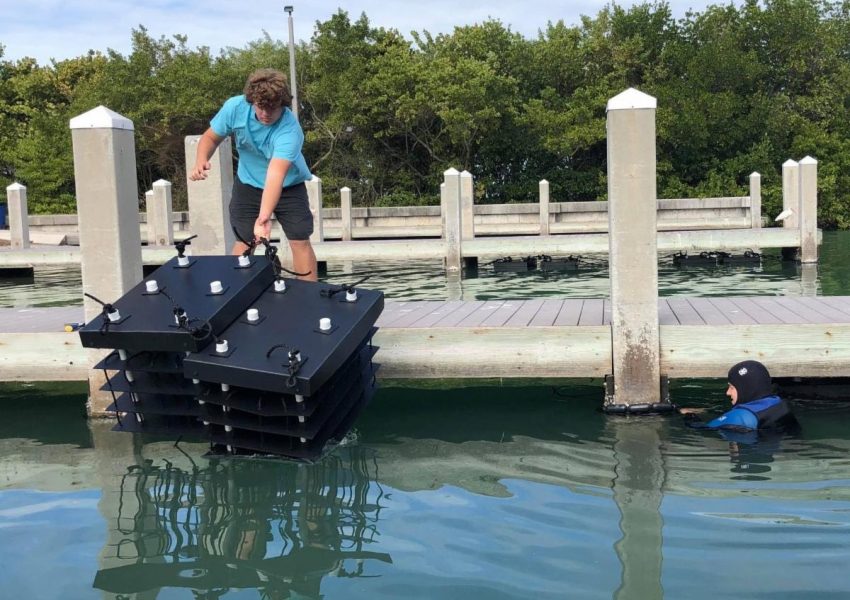 Although 67 people pre-registered to make public comments during a Jan. 28 hearing on a “fish farm” proposed to be situated 45 miles off the Sarasota County coast, the Environmental Protection Agency (EPA) received more than 9,000 comments altogether on the issue, an EPA spokeswoman told the SNL.

“At this time, EPA does not have a predetermined deadline” for deciding on whether to issue a permit that the Hawaii-based company Ocean Era — formerly known as Kampachi Farms — would need to begin its pilot program, Dawn Harris-Young, lead public affairs specialist for EPA’s Region 4, in Atlanta, wrote in a Feb. 19 in response to a SNL question.

She noted that the formal public comment period “was extended until February 4, 2020.”

“EPA will consider all comments received, including data, the requirements of the [U.S.] Clean Water Act and applicable regulations to make its final permit decision,” Harris-Young added.

In response to another question, she wrote, “As communicated in the public notice and at the hearing, the EPA will provide a copy of the final decision to the applicant and each person who has submitted written comments or requested notice, and has provided their mailing or email address. The best way to ensure notice of the final permit decision is to request notice.”

Kampachi Farms applied for a National Pollutant Discharge Elimination System (NPDES) permit for its proposed pilot project in the Gulf of Mexico, which is called Velella Epsilon.

“For Clean Water Act (CWA) purposes, federal waters in the Gulf extend seaward” from the 3 nautical-mile boundary of each Gulf coastal state to 200 miles offshore, the draft fact sheet points out. “In the vicinity of the facility,” the draft fact sheet continues, “the Gulf is not considered an impaired water pursuant to CWA …”

The Kampachi Farms plan would entail a net-pen containing about 20,000 fish for approximately 12 months, the draft EPA fact sheet says. The facility would be moored in water about 130 feet deep.

The EPA’s draft Environmental Assessment of the project explains that the juvenile fish “will be sourced from brood stock that are located at Mote Aquaculture Research Park and were caught in the Gulf near Madeira Beach, Florida. … Following harvest, cultured fish would be landed in Florida and sold to federally-licensed dealers in accordance with state and federal laws.”

The fish would be longfin yellowtail, the EPA draft fact sheet notes. Those fish also are known as almaco jack, which are related to natural amberjack, according to research the SNL undertook.

The Sarasota City Commission was among local opponents of the proposal, citing concerns about the fish farm’s potential to foster red tide blooms.

The most recent bloom, which began in the fall of 2017 and did not end until early 2019, had a devastating impact on the county’s economy, community leaders have pointed out. Sarasota Mayor Jen Ahearn-Koch put the figure at $96.4 million during remarks to her City Commission colleagues on Feb. 2. With tons of dead fish having to be cleaned from the county’s beaches, and a toxic aerosol sending people to emergency rooms with respiratory problems, visitors began cancelling trips to the area.

Even the crime statistics for 2019 compared to those for 2018 on Siesta Key tell the tale of the deep drop-off in tourism, Sarasota County Sheriff’s Sgt. Arik Smith, leader of the Siesta Key substation, has reported to members of nonprofit organizations on the barrier island.

Ahearn-Koch, who recommended her board send a letter of opposition to the EPA, pointed out during the Feb. 3 City Commission meeting that the Velella Epsilon project would be the first in the waters of the contiguous United States. The fish in the net-pen, she said, would be fed pellets containing food — including phosphate — and antibiotics. Moreover, she pointed out, the fishes’ fecal matter would fall to the floor of the Gulf.

She also talked of her fear that if one net-pen won approval, more would follow. “Right now, we have a very serious red tide problem,” she added. Red tide, she emphasized, “is always out there [in the Gulf].”

In late September 2019, representatives of 13 environmental organizations across the United State collaborated on their own letter of opposition to the project, which they sent to the EPA. They called the fish pens “essentially floating feedlots in open water …”

However, Ocean Era has stressed the need for a new source of fish to feed the world’s population. On its website, the company says it was founded in 2011 by former executives of the “pioneering Hawaiian open ocean aquaculture company Kona Blue Water Farms, with the goal of continuing innovative research and leveraging scientific discoveries to advance commercial [fish] production.”

The Ocean Era website also notes that Kampachi Worldwide Holdings was a finalist for SeaWebb’s Seafood Champion Awards for Vision. That webpage explains, “Kampachi Farms sees development of offshore aquaculture as a pressing environmental imperative, and a tremendous economic opportunity. The company is pursuing environmentally-sound production of high-value marine fish in offshore sites, using innovative engineering and biology, and working closely with regulators and the conservation community.”

SeaWebb’s website points out, “First presented in 2006, the Seafood Champion Awards annually recognize individuals and companies for outstanding leadership in promoting environmentally responsible seafood. SeaWebb established the award to honor those in the seafood industry whose past and/or present contributions demonstrate a commitment to innovation that leads to change.”