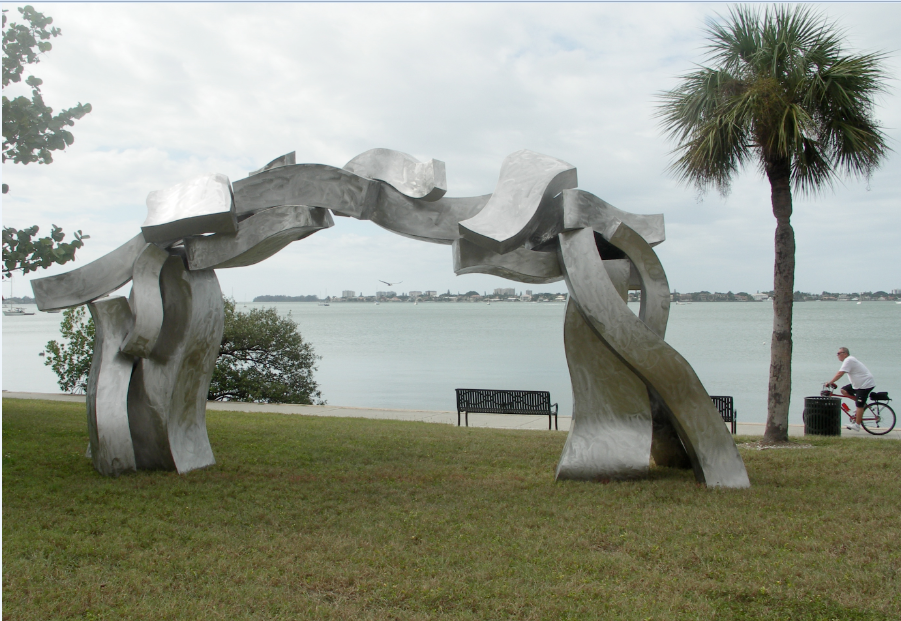 By Paul Roat
The fledgling State Street/Lemon Avenue parking garage/mixed use structure fulfills the true definition of a compromise: something nobody likes but something that everyone can begrudgingly live with.

Sarasota officials began the long process of defining what they did/did not want for the property bounded by State Street, Lemon, and Orange Avenues in 2005. The developers of the Pineapple Square area of Lemon agreed to let the city build a parking structure of at least 300 spaces on the land.

After eight years, myriad plans and even more administrations, officials grudgingly agreed to a six-story garage with 350-ish parking spaces, retail room on the ground floor and a handful of condos or maybe rental apartments above.

Commissioners agreed to the plan with a February 2014 deadline looming, despite marketing experts repeated statements that a busy, loud central Downtown space is not readily marketable for a quiet residential lifestyle. The deadline won’t be met, by the way.

Proponents of the current garage plan said anything is better than the surface parking lot that is there now. Opponents worried about construction disrupting the popular and adjacent Farmer’s Market on Saturday mornings, and also lament the lack of foresight city officials portrayed in its conception.

The new garage should be up and running sometime in early 2015.

The 18 large sculptures will stretch along Sarasota Bay west of U.S. 41 from Gulfstream Avenue to Selby Gardens through May. This will be the seventh year of artwork along the bay.

Sexy its not, efficient it is
Alleys are not generally considered a vital element of city landscaping. For Sarasota, though, one alley is a pilot project to help preserve and protect the water quality of Sarasota Bay.

An intricate collection of permeable pavers, filtration of rocks and sand, and a perforated pipe with more filters has been installed under an alley in back of stores along Main Street from Lemon to Central Avenues. The goal, according to city stormwater officials, is to collect and partially treat stormwater runoff that contains grease, oil, chemicals, and other nastiness before it ends up in the bay.

The pavers were donated by Titan Block. The effectiveness of the project will be tested during the next year and could be instituted elsewhere in the city at a later date.

Shop local this holiday season
Downtown merchants have weathered the summer doldrums of lackluster sales and streetscape disruptions. Why not give them a special present this holiday season and purchase your presents in local shops?

Downtown Sarasota is more than the Saturday morning farmer’s market and the continual arts and crafts festivals on lower Main Street. There’s art galleries galore on Palm Avenue, eclectic shops on Fruitville Road and on South Orange Avenue, plus more restaurants than even the most hardened luncheoneer could visit in a week.

Hard to pick out the perfect gift for the hard-to-pick-for perfectionist on your list? Go with gift certificates.

And don’t miss the Pineapple Drop on New Year’s Eve and all the festivities involved with bringing in the new year.