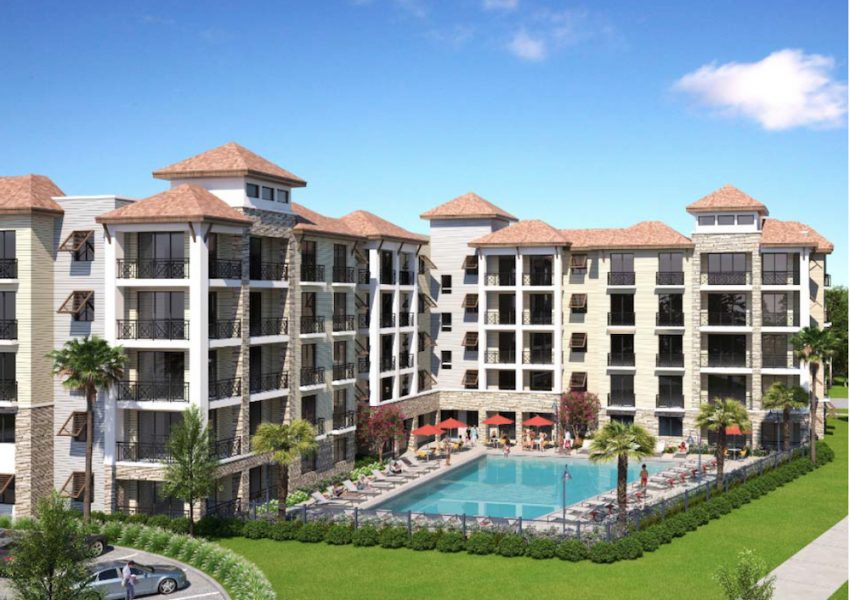 Florida’s Second District Court of Appeal has upheld a 12th Judicial Circuit Court judge’s ruling that the Sarasota County Commission did not violate any county regulations or procedures in approving the Siesta Promenade mixed-use project.

The unanimous per curiam decision was issued by the three appellate court judges who conducted June 25 oral arguments in the case.

As Cornell Law School’s Legal Information Institute explains it, “A per curiam decision is a court opinion issued in the name of the Court rather than specific judges. Most decisions on the merits by the courts take the form of one or more opinions written and signed by individual justices. Often, other judges/justices will join these opinions. Even when these signed opinions are unanimous, they are not per curiam, as the judges’/justices’ names still appear.”

Additionally, as legal scholars have told the SNL, with no written opinion, the person who filed the appeal has no means of seeking higher judicial review, because the judges have offered no grounds on which to pursue a further appeal.

The plaintiff in the case was Sura Kochman, a resident of Pine Shores Estates, which is the neighborhood immediately adjacent to the approximately 24-acre Siesta Promenade site at the intersection of U.S. 41 and Stickney Point Road. Kochman led a group called the Pine Shores Neighborhood Alliance. Not only did she represent residents of the community located just east of Siesta Key, but she also had numerous supporters throughout the county — many of whom filled the County Commission Chambers on Dec. 12, 2018, when the board members conducted the public hearing on Benderson Development’s petitions for the project.

As planned, Siesta Promenade would have 414 apartments/condominiums, a 130-room hotel standing about 80 feet tall, 133,000 square feet of retail space and 7,000 square feet of office space. Kochman and her allies made it clear during numerous public meetings that they were not opposed to a development on the site; instead, they contended that the plans were too intense for that specific location.

In January 2019, Kochman filed a Petition for Writ of Certiorari in the Circuit Court, which sought to overturn the County Commission’s decision to approve all of Benderson’s applications for Siesta Promenade in a solitary hearing.

In her Dec. 2, 2019 order, Circuit Judge Andrea McHugh wrote that she was unable to address some of the issues Kochman had raised, because they were of a legislative nature, not quasi-judicial. Certiorari petitions, McHugh pointed out, pertain only to quasi-judicial proceedings.

County attorneys and the commissioners have explained that quasi-judicial proceedings are so called because they involve the consideration of evidence and testimony — similar to the process of a court proceeding — to determine whether requests for specific actions would comply with county policies.

In contrast, a legislative hearing establishes a policy for future application. For example, the adoption of an ordinance is considered a legislative matter.

Referring to the Second District Court of Appeal decision, Kochman wrote in a July 1 statement that she had communicated via emails — and in a Facebook post — her thanks to “all of those who contributed monetarily, those who showed up to the many hearings and neighborhood workshops, who wrote letters/emails to both the Planning and County Commissioners and who signed the petition [opposing the project as planned]. It was a good 6 year fight and we gave it our all, with no regrets.”

“Here is hoping that the County will be diligent in monitoring Benderson throughout the development process.  I will certainly be keeping an eye on things,” Kochman concluded the statement.

Although it made multiple attempts to seek comments from Todd Mathes, director of development for Benderson Development, or another representative of the company, the SNL never received a response.

In a statement county staff provided to the SNL, Elbrecht said, “We are very pleased with this decision that confirms that Sarasota County acted properly throughout the approval process. Assistant County Attorney David Pearce did an excellent job representing the county during this litigation.”

The oral arguments in the case

During the June 25 oral arguments, Ralf Brookes of Cape Coral, Kochman’s attorney, told the three-judge appellate panel that county staff and the commission did not follow the county’s regulations for approval of a Critical Area Plan (CAP) for Siesta Promenade. For example, he pointed out, the boundary of the CAP should have been established well before the final hearing, when the County Commission considered multiple facets of the mixed-use development.

“Only by first approving the CAP boundary impact area can we logically develop a scope of work for the studies on the impacts of the development,” Brookes maintained. In this case, he added, the CAP boundary “was not approved until the very end of the process … [in] one massive, consolidated public hearing …”

If staff and the board had followed the procedure outlined in the CAP regulations, Brookes said, then a separate public hearing would have been held — as required by those regulations — to consider the effects on all the areas surrounding the site. Among those areas, he said would have been Siesta Key, for which Stickney Point Road is the south access.

Further, Brookes told the judges, another claim in Kochman’s complaint dealt with the county’s requirement for an applicant to apply for Special Exceptions in regard to increased height and density in a project. However, Siesta 41 Associates LLC — the Benderson affiliate that is the developer of Siesta Promenade — did not seek those Special Exceptions, even though “these are very clear procedural requirements that are built into the [County] Code,” Brooks contended.

At one point, Brookes also noted the 2003 Florida Supreme Court opinion in Allstate Insurance Co. v. Kaklamanos. In that opinion, the court held that the Second District Court of Appeal “had been perhaps too narrow in its interpretation of what is clearly established law …”