Call it a stalemate 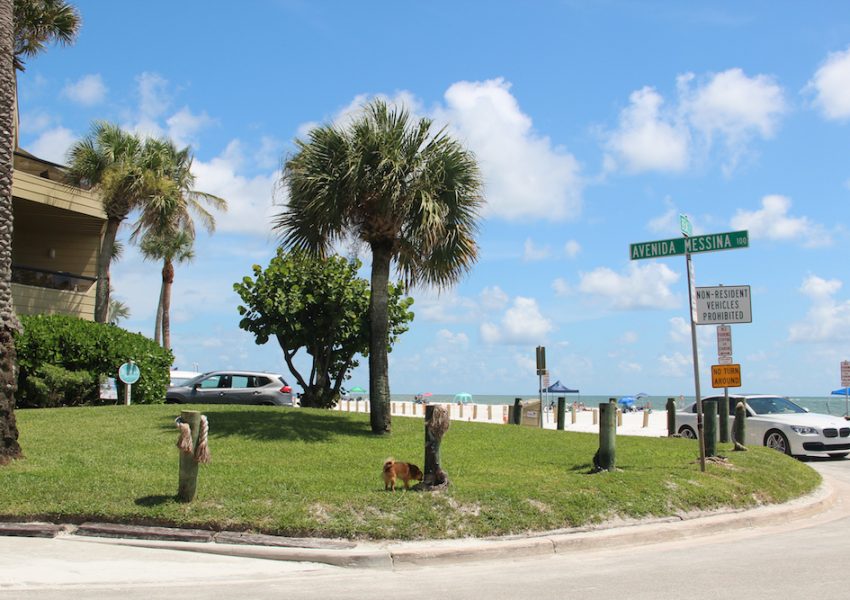 In June 2018, SNL learned that a rope-and-post system had been installed on what appeared to be county right of way at the intersection of Avenida Messina and North Beach Road, next to Beach Access 2.

In response to an inquiry at that time, county staff reported that the rope-and-post system was indeed in the county’s right of way. “Staff will be contacting the owner to get it removed,” then-Media Relations Officer Ashley Lusby wrote in an email.

The rope-and-post system had appeared after the Sheriff’s Office substation leader at the time — Sgt. Jason Mruczek — had fielded a lot of complaints at Siesta Key Association meetings about large numbers of young people partying at Beach Access 2 at night.

More than a year later, the posts are still in place, but the ropes are pretty much gone.

As for what happened to the ropes: On Jan. 5, the Sheriff’s Office took a report about the ropes having been cut. The representative of the Sunset Point Condominium Association who contacted the Sheriff’s Office indicated that the incident must have occurred sometime between 4 p.m. and midnight the previous day, the report noted.

The “thick rope fence” was estimated to have been approximately 100 yards long, the report added. The damage was put at $3,600.

“The complainant advised there were no witnesses to the event, nor are there any surveillance cameras on the property,” which could have captured the incident, the report explained.

The narrative of the report did explain that the officer had learned from the condo association representative that the association had installed the rope barrier to separate the roadway from Beach Access 2.

The officer finally concluded the report by writing that, after reviewing the county Geographical Information System (GIS) map of the area, the officer had determined “there is insufficient evidence to substantiate a crime was committed.”

After the News Leader learned of that incident, in April, this reporter spoke with then-Sgt. Paul Cernansky, who was still leader of the Siesta Key Substation for the Sheriff’s Office. (After his promotion to lieutenant in late April, Cernansky was given a new assignment.)

During the April 11 telephone interview, Cernansky reiterated the facets of the incident report that said no witnesses to the January incident could be found, so the Sheriff’s Office had no suspects. “All leads were exhausted.”

A detective had looked into the case, he pointed out.

With no leads, the case was classified as Inactive, Cernansky said. Then it was reclassified as a Public Service Call.

SNL learned about the January incident by reading an exchange in the county’s public email folder. In that exchange — which County Commission Chair Charles Hines forwarded to Sheriff Tom Knight on March 23 — the condo association representative who had contacted the Sheriff’s Office in January reported that the ropes were replaced three times after the January incident; yet, following each repair, they were cut again. “No word from anyone about the reported vandalism,” the person wrote in a March 16 email. (That person asked not to be identified in this article.)

One part of that email exchange involved Cernansky, who explained, “We can only issue a citation after the fact if we personally witness a violation.”

When SNL asked county staff this week for the update on the right of way situation regarding the posts, Media Relations Specialist Grant responded on Aug. 14. It took a while, she said in a telephone interview, to sort out which county department has authority over the situation. Finally, she continued, she learned that the Land Development Division was the appropriate one.

County staff members, she said, are looking into how best to eliminate the posts from the right of way. She was unable to provide any timeline for when a decision might be reached, emphasizing the ongoing research.

Grant added that the most suitable characterization she could provide for the situation, based on interaction county staff had had with the affected property owners, was “a stalemate.”