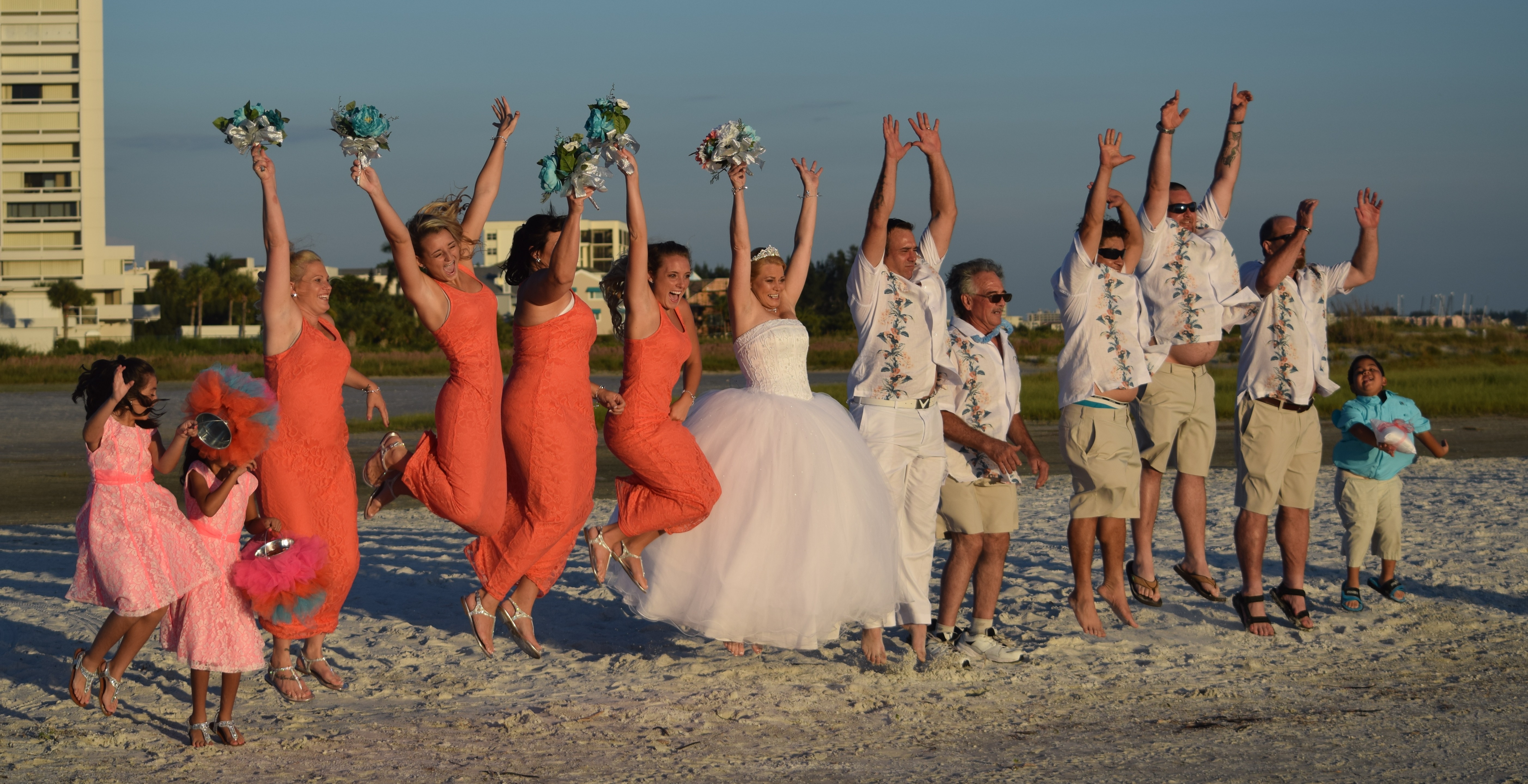 Barbara Boswink and Shane Fullerton of Bradenton, exchanged vows surrounded by family and close friends, at an intimate wedding ceremony held along

the Gulf of Mexico shoreline on spectacular Siesta Key.

Barbara, a successful retailer and Shane, a talented tradesman working as a stone and marble mason, met at the Bradenton Roller Rink her parents owned and still own. She was 7 and he was 4. Over the years their friendship blossomed and in 1987 Barbara vividly remembers Shane being the first boy she ever kissed. Though they were both born and raised in Bradenton, they lost touch as kids and not until 2006, almost 20 years later, would they bump into each other again briefly. Then Barbara went on to relate a most incredible story. "In 2012, Shane came in to where I worked and said, 'I have always loved you so if you want to marry me you have 30 days to call me.' I called him 28 days later and we have been together ever since."

They both related the same fondest memory. The church event in 1987 was their first date, their first dance, their first kiss and the first time they sensed they were in love. Who could have guessed that almost thirty years after that first date, dance and kiss, they would become husband and wife on the same beach they played on as kids. 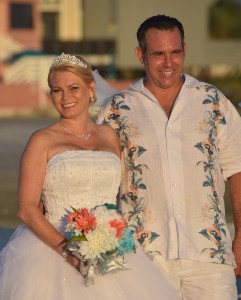 This wonderful couple is going to spend their honeymoon enjoying the interesting sites and terrific restaurants in Virginia Beach. 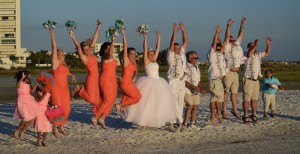