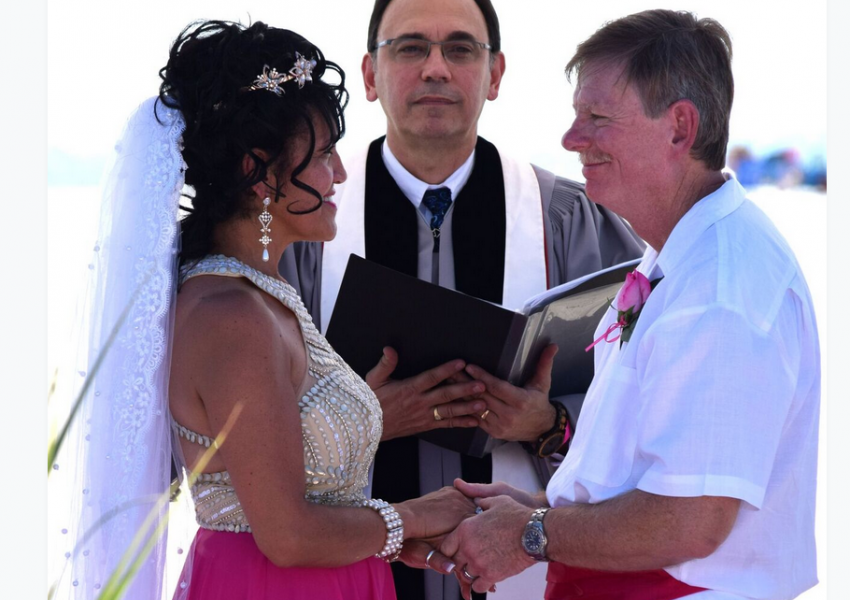 With a soft Gulf breeze stirring the air and gentle waves lapping against the powder white sands of Siesta Key beach, the beautiful wedding of Esther and Mark unfolded.

Family and friends, clad in white, watched as the bride, dressed in a fuchsia-colored gown with a bone-colored bodice, gracefully walked up the cloth covered sandy aisle, on the arm of her son John, to join soon-to-be husband Mark Smith.

Smith, owner of Smith Architects, PA, located in the Siesta Key Village since 1994 decided to meet Esther Quiles after a bit of persuasion by friends.  Says Mark, “Mutual friends thought we should meet so we went out to dinner at The Crow’s Nest Restaurant in Venice.”

Esther, a retired teacher and assistant principal from a Manhattan high school, decided to spend part of the year down in Florida with her sister-in-law Sandy.  Both lost their husbands around the same time so spent time together consoling each other.  After three years, they made a pact to move on with their lives so Esther decided to become a permanent resident of Florida.  Little did she realize just how special Siesta Key would become for her.

It didn’t take long for the two to fall in love.  In fact, after two weeks both realized they were meant for each other.  Each prayed for a loving relationship and discovered they had so much in common.  “It is a realization you come to when you understand how much better your life is with this person in it than it was previously when they were not,” says Mark.  “We’re not talking a little bit better but several times better.”

Esther shared that, “Mark is such a romantic. I thought I was Morticia Addams from the TV show, The Addams Family,” says Esther. “He would begin kissing me on my neck and work his way down my arm just like Gomez did to Morticia.”

When asked why they chose Siesta Beach to have their wedding, Esther replied, “Our first kiss was on the Sun Deck at Siesta Beach, and I’ve come to know so many of the people on the island, so it was an easy decision where we’d have our wedding.”

After their honeymoon in Rio de Janeiro, Esther plans to return as a substitute teacher at the Sarasota School of Arts & Science and Mark will continue working in his island paradise. 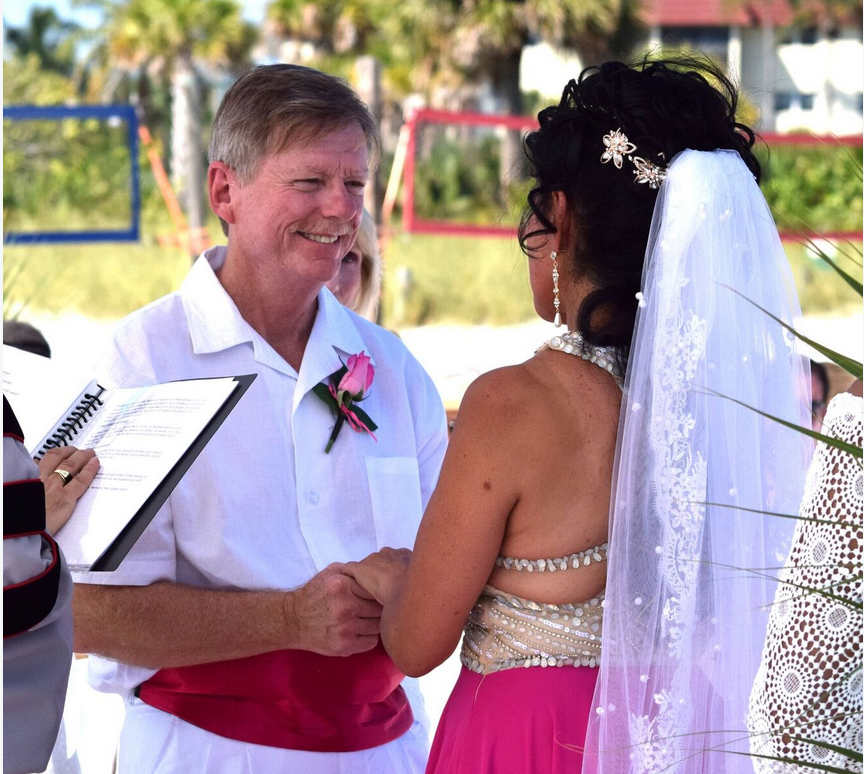 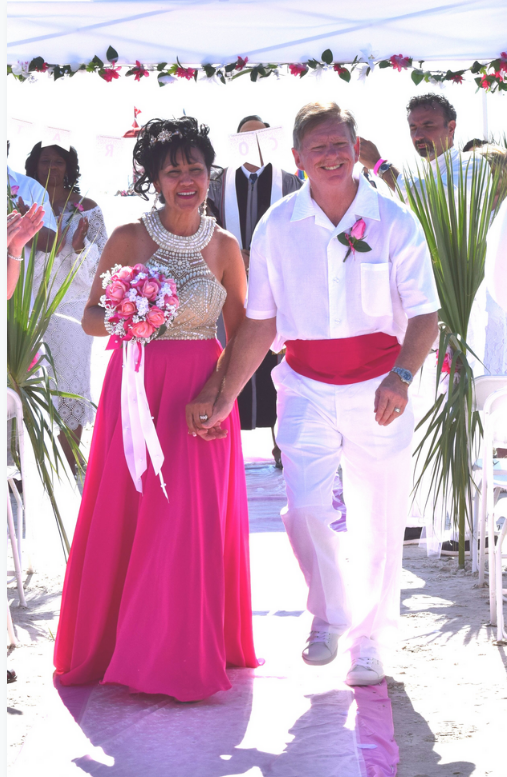