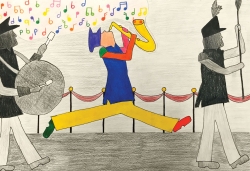 April 17th is coming. Paid your taxes yet? 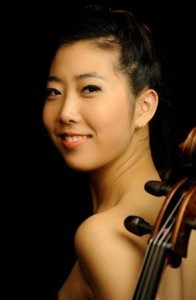 Even with the two day grace period (April 15th falls on a Saturday this year), are you stressed? Then let’s explore some ways to cycle down. Music is a universal stress reliever so let’s go with that. And the best way to ward off the IRS Blues is to pace ourselves as that fateful day approaches. How about a musical interlude every third day – April 3rd …. 6th …. 9th …. and 12th. The questions now are – Where to find music on such a specific schedule, where would it be performed and what type of music would it be?

OK, let’s cut to the chase. La Musica, Sarasota’s own International Chamber Music Festival, is ready to crank up the soothing vibes. Maybe “crank up” isn’t quite the right description, and since the Modern Jazz Quartet no longer performs, there will be no vibes in chamber music. But soothing it will be – and exciting, peaceful, dynamic, soaring and expealidocious. How do I know? I’ve seen the schedule. Monday, April 3rd (8 p.m.) starts the series off with a Mendelssohn piano trio, a Webern string quartet and a Strauss piano quartet with Derek Han, piano; Bruno Giuranna, viola; JeongHyoun Lee, cello and Federico Agostini, Claudio Cruz and Cecilia Ziano, alternating on violin. April 6th (8 p.m.) presents Bach and Dvorak piano quartets and a Mozart string trio. The same-ish cast of characters will perform along with Daniel Avshalomov, cello. April 9th (2:30 p.m.) brings back Mendelssohn along with Schubert and Smetana (not playing, but being played). Hsin-Yun Huang and Antonio Meneses play cello along with the regulars, as they perform two lovely trios and a quintet. Things get jazzed a bit on April 12th (8 p.m.) with a Paganini quartet, which includes  Jason Vieaux on guitar, a Boccherini Quintet (Fandango) and cools down with a Schumann piano quintet. All these trios, quartets and quintets are performed at the Sarasota Opera House.

Whew, that was rough.   What? You forgot to sign all the forms? Then sign up for the 6 p.m. interactive dinner on April 7th at Michael’s Wine Cellar on S. Tamiami Trail. There will be cooking demonstrations, with some of the La Musica artists, as the evening’s meal is created. And, with all those beautiful wine bottles, from floor to ceiling, it will be the perfect getaway for the next few months.

You’re kidding? You forgot to include your check? Hide out amongst La Musica musicians at the Dolphin Aviation airplane hanger, 8191 N. Tamiami Trail, at 5:30 p.m. on April 5th, drown (and stuff) your sorrows with wine and light refreshments while a mini-Mozart concert blocks out the sound of your sobbing. Rehearsal dates, tickets, and other musical information at LaMusicaFestival.org.

March to a different drummer

What a difference a day makes. Really. A day. Do you remember that day in elementary or high school when that snotty whats-his/her-name said that really horrible thing about you? And while what they said was true – you were a _______, or had a ________, or wore a _______, or one or both of your parents were _______, or you believed ________, or you didn’t have a _______ – what was wrong with that? What was horrible was that they’d singled you out and said it. And the next day when three other kids said the same thing and they didn’t even know you, what was that all about? One day you’re up, the next you’re down and the next it feels like they’re stepping on you. But what about that other day? The day when you realized who you were and that you being you was OK. Wasn’t that a wonderful day? Sure hope you’ve had that day. Actually hope you had a bunch of those good days because we are made up of so many different bits and pieces that there will always be something that someone is going to criticize. Or worse – you will see some of those differences and, without anyone even saying anything, you will feel bad about whatever that something is. And it will just be because you’ve felt so bad about yourself before that you wind up feeling bad about yourself again.

What you need to do is, not just march to a different drummer, but dance to a different tune. Which means that, first, realize that it’s OK for there to be different drummers, or better yet, different music. And that, if you can’t find another drummer, or that different music, then you must make your own to glorify yourself. To realize that being different can make you special and that, if you look hard enough, that there are other special people just like you. Not in every way, of course, but in enough ways so that there is kinship and camaraderie.

There are two other things to do about those bad days. One is to understand that those same kinds of bad days have been had by many, many other people and that the best way for everyone’s bad days to stop is for all of us to embrace the differences we have with other people. The other thing to do is to go to Bayfront Park, just south of Marina Jack’s, and see the 45 billboard size images that are part of the Embracing Our Differences exhibit. This year’s theme is “enriching lives through diversity” and the exhibit runs April 1st – May 31st. That means you can go by yourself and later go along with others. Take someone who is lots younger and they may grow up to know that differences actually do enhance lives. More at EmbracingOurDifferences.Org. 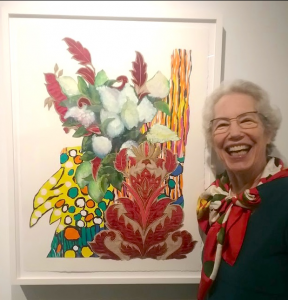 Red velvet can be a cake or used as a kind of flocked wallpaper, usually found on the walls of bordellos in New Orleans. Then again, it could be the beginning and end of something quite different. Imagine that you’re an artist and have just had some of your chairs recovered. That wasn’t hard, was it? Now imagine that, while checking out fabric with your decorator you see a bolt with just a bit of cloth on it – a remanent – an end of something. And now imagine that, like a bolt from the blue, you fell in love with that bit of red. Voilà, a new beginning.

Well, that is what happened to Peppi Elona, a Sarasota artist. Ms. Elona started her career in New York but transferred down to Sarasota in 2000 and has been working her craft here ever since. Using traditional supplies like paint, brushes, canvases and her eye, she has created numerous works that have been on display at the Selby Gallery and the Longboat Key Center for the Arts, among other venues. Now, in her solo show, Beginning To End, at Art Center Sarasota (thru April 21st on Tamiami Trail), she has taken that red velvet and spun it into a series of eye and mind catching images, marrying collage with her more traditional techniques.