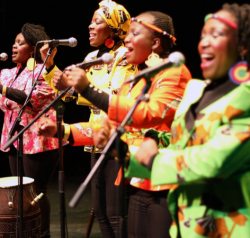 How do you pronounce RIAF? 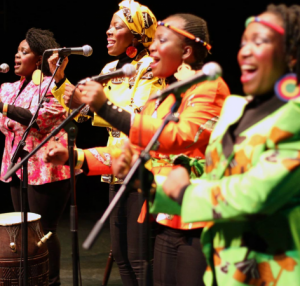 The Ringling International Arts Festival (RIAF) has been an evolving thing. “Evolving” as in something continually changing. “Thing” as in we don’t always know what to make of it. And that is a good thing. What we do know is that it is always in October and that it brings interesting and entertaining acts from around the world to expand our own personal universe.

The festival runs from October 18th through October 21st, with First Night being a gala celebration highlighted by a performance of WANTED by an Italian group called eVenti Verticali. They’ve been amazing festival attendees around the world since 2006. The Verticali in their name comes from the fact that their stage is a vertical wall on which they cavort, prance and generally run amuck. Of course they do not fly but are magically suspended by ropes (or perhaps cables) as they do their circus/ballet/mystery show. If watching performers on a vertical stage puts you on edge, perhaps listening to the Zimbabwean a cappella quintet Nobuntu will be more your cup of tea. There will be a mix of folksongs, Afro Jazz and Gospel that is soothing and stirring at the same time with bright, beautiful costumes, unusual instruments and dancing. While the word Nobuntu is an African concept that values humbleness, love, unity and family from a woman’s perspective, it can additionally mean good musical entertainment for festival goers.

Rocking back and forth from the sublime to the ridiculous brings us to "Happy Hour". Definitely the time to drink, in a show put on by Monica Bill Barnes & Company. She and her partner Anna Bass crash a party playing two guys whose every desperate attempt to win over the crowd reveals how hilariously unsuited they are for the roles they insist on playing. Another duo performs in James | McGinn & Again: Ing an Die. Mr. McGinn was born and raised in Sarasota and choreographs and performs in Brooklyn and Antwerp, Belgium. His piece is set in a pre-apocalyptic landscape within a post-contemporary context. Keeping within a Sarasotian context, ensemblenewSRQ performs two different programs in a evocative encounter with new music. There are a number of other shows.

A collaboration between RIAF and Sarasota’s Urbanite Theatre brings us one of the most talked-about and provocative new dramas – White Rabbit Red Rabbit. This play, written in Iran and forbidden to be performed there, arrives on stage in a sealed envelope. The actor, who performs this work, opens the envelope and sees the script for the first time. Thus each performance is done by a new actor and interpreted in a different way. With no rehearsal and no director, this drama is realized in real time by actor and audience together. It is not recommended to see this show more than 7 times. But wait, you say, there are only four performances at the festival. True, but the show continues at the Urbanite Theatre on Second Street from October 25th thru November 5th. More info on RIAF at www.ringling.org/riaf and on the Urbanite theatre at www.urbanitetheatre.com.

Lin-Manuel Miranda’s Hamilton to be performed in Sarasota 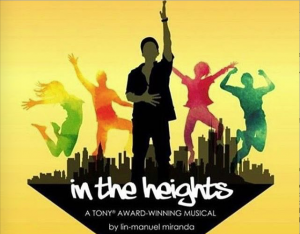 Oops, right playwright but different show. Miranda’s previous musical, "In The Heights", will by on stage here in Sarasota at 1646 10th Way in the Westcoast Black Theatre Troupe’s production of that show. Nominated for 13 Tony awards, "In The Heights" won for Best Musical, Best Original Score, Best Choreography and Best Orchestrations. It also won a Grammy for Best Musical Show Album, and was nominated for the 2009 Pulitzer Prize for Drama. Not bad for a musical about living in upper Manhattan. Specifically, the Hispanic-American section of upper Manhattan – Dominican Republic district. Mr. Miranda wrote the first version of the play while a sophomore at Wesleyan University where it was first performed. Broadway’s musical version ran for over 1,200 performances with Lin-Manuel taking on the role of Usnavi de la Vega, the show’s leading character. This is not just an updated version of West Side Story but more of a true Romeo and Juliet without the war between clans. It is love on a more personal level – a series of vignettes, over a three day period – showing the relationships of lovers and their rivals, with Latin-tempered overtones. Yes, there is joy and sorrow, poignant love and poignant death, and lottery tickets. Actually, poignant lottery tickets. Is there life after death? And is there life after lottery tickets? So many questions – and, thankfully, so many songs.

This award winning show (9 Drama Desk nominations, the Outer Critics’ Circle Award for Outstanding Musical and 3 Olivier awards – London) will run from October 11th thru November 19th with more information about this show, and other shows this season, at www.westcoastblacktheatre.org.

Even though Halloween has not yet arrived, many stores are selling Christmas items so it might be time to tout A Motown Christmas, a festive holiday review with traditional Christmas carols performed in the style of Motown’s own Stevie Wonder, The Supremes, the Jackson Five and Marvin Gaye. This holiday show runs from November 29th – December 23rd. And if you’re really into Motown and the spirit of holiday celebrations there is Motown Mania – cocktails, dinner and a Motown Show at Sarasota Municipal Auditorium on November 17th. This a fundraiser honoring Audrey Coleman and Eva Slane. You may receive more information on this event by contacting Debra Flynt-Garrett at dfgarrett@westcoastblacktheatre.org. 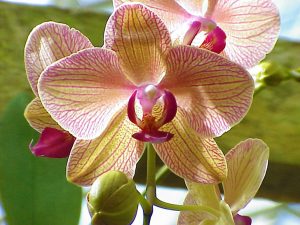 There are that many species of orchids spread around the world and now is the time to see many of them at Selby Gardens. From October 12 – November 26, the exhibit Earth * Air * Fire * Water is featured, using these four elements to explore the science and splendor of the largest family of flowering plants on the face of the earth. On Oct. 18th, Dr. Antonio Toscano de Brito will give a luncheon talk on Sex, Lies, and Orchids describing how these flowers rely on enticement and deception to lure their pollinators. Interested in how best to display your own orchids in the soil, on stone and in the air? Then attend one of two Walk-N-Talk Tours on October 26th. The tours are included with general admission.

On six successive Wednesday evenings, starting October 18th, there will be orchid-inspired cocktail receptions with music, light hors d’oeuvres, wine and craft beer tastings, and after-hours lighted viewings of the orchid displays. The first Orchid Evening features Tasha Robinson, Principal Resident Harpist with the Venice, Ocala and South Shore symphonies. The next Wednesday brings John Patti, a master artist with the steel drum; following him will be Peter Simms, a solo guitarist who has played at the great resorts in Southwest Florida for the last 12 years. November 8th showcases Karen Tuttle, violinist/violist with the Venice, North Port and Charlotte symphonies. She is followed by Steve Martinucci (Bossa Nova and Samba) and then ending with Bryan Spainhower (Nuevo Flamenco, jazz and country). Interested in the Orchid Craze in Victorian Britain? Then attend Dave Berry’s lecture on Orchid Mania on November 15th. Go to www.selby.org/calendar/featured-events/ for exact times and details for things orchid related.