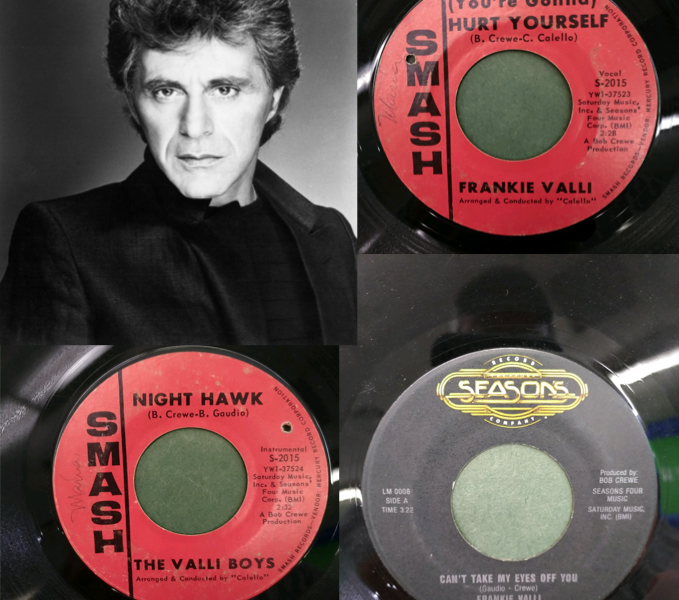 Ella Fitzgerald and Frank Sinatra both, along with many others, recorded September Song. That tune was a great hit in cocktail lounges near closing time, along with One More For The Road and Danny Boy. It would bring a tear to everyone’s eye and an extra five bucks in the tip jar for the piano player. One person who never recorded it is Frankie Valli, which is strange since the tribute show, Who Loves You: To Frankie Valli and Beyond, is at Florida Studio Theatre for 36 shows in a month that has only 30 days. Yes, it seems that Frankie Valli owns the month of September (and the first two weeks in October for another 15 shows as well). So, while there is no September Song, just remember to be happy because Big Girls Don’t Cry.

Early in Valli’s career his day job, like his father’s, was barbering. But, like so many great artists (especially in the movie versions of their lives) he knew he was destined to sing – and sing he did. He and the Four Seasons had quite a string of hits starting with Sherry and continuing with Walk Like a Man, My Eyes Adored You, and Rag Doll. This group for all seasons will be singing these hits and many more.

Interestingly, during the middle of his career Mr. Valli developed otosclerosis and was deaf or partially deaf from 1967 to 1990. He continued singing on stage and did so from memory in the 1970s, not being able to hear himself as he sang. So with Valli, it was not just being able to sing a song, it was also being able to sell it. And having great songs didn’t hurt either. Many went on to be covered by other artists, some of which copied his arrangements note for note. More info on these notes at FloridaStudioTheatre.org.

No, not Amore’s restaurant at Burns Court. Although if you want good Italian fusion (and coming soon, delicious Portuguese dishes) along with live music four nights a week, that’s a good choice. And no, not the re-opening of Beach Road on Siesta Key – although there are plenty of reasons that residents of Siesta Key and the greater world should be able to access that beautiful stretch of scenic wonder. No, September hosts the annual re-opening of the art galleries at Ringling College. The first show, opening August 30th, is that of Ken Spirduso at the Selby Gallery. In this show Spirduso’s studies and sketches are on display with emphasis on historical paintings and equestrian art. Is there a link between Ringling College and Mr. Spirduso? Yes, he is on the illustration faculty and has worked commercially on a variety of visual media. This would include film (Mulan, The Lion King, The Hunchback of Notre Dame, John Henry, and Thumbelina) and  video games (Call of Duty, Star Wars, and Tron).

The exhibit at the Stulberg Gallery showcases more than 30 members of the Ringling faculty and will probably have some photos by Tom Carabasi. Earlier this year a number of his photographs were on display at the Art Ovation Hotel and at Art Center Sarasota. It would be nice if recordings by his group, The Jazz Samba Quartet, were played during gallery viewing hours. There is nothing wrong with pleasing ones ears as well as ones eyes.

Some political parties say they have a big tent. Well, Ringling College has a big umbrella – and underneath are lots of artists. In addition to the Ringling faculty there is the Ringling staff and the instructors at the School of Continuing Studies and the Englewood Arts Center. A display of their combined works is at the Basch and Smith galleries.

One can also pay a visit to the Flamingo Inn at the Pat Thompson Alumni Gallery to see the combined works of Morgan Janssen and Shawn Pettersen. While they graduated ten years apart (2003 and 2013) from the Ringling, they are joined here in, well, not harmony, but more in the dislocation that effects all of us as we travel through our own space time continuum. All of these September shows will end at the end of September or the first week in October. Info at Ringling.edu.

The opera version of Tchaikovsky’s Nutcracker Suite is called Iolanta but the opera season doesn’t start till November in Sarasota and, anyway, they are not doing Iolanta this year. The Royal Ballet version of The Nutcracker is a wonderful alternative but, even if you go to London this December, no performance is scheduled. So, how to get Christmas in September? Go see Peter Write’s production of this fantastic ballet at the Sarasota Opera House on September 8th. Some say seeing it on the big screen is better than the real thing because of the closeups. You get the music, the dance and can zoom in on the fantastic costumes.

A traditionalist, and like your Christmas with snow on the ground but are still yearning for some opera – right now? Then don’t watch the Royal Ballet, watch the Royal Opera. Richard Eyre’s production of La Traviata on September 22nd is the Sarasota Opera House. Ah, but a question arises – Which Richard Eyre/Royal Opera version? The 1994 one with Angela Gheorghiu as Violetta, the 2009 version with Renée Fleming, the 2015 Venera Grimadieva, or the sensational one from this year with Emonela Jaho. Let’s go with the sensational one where Ms. Jaho subbed for Anna Netrebko and became a star. But if you want your La Traviata with the possibility of snow on the ground, feel free to fly to London. It will be at Covent Garden in January.

Forget Christmas, want Halloween in September? Then the SOH is the place for you on Sept. 6th when the classic Mel Brook’s masterpiece Young Frankenstein (the black and white version) is being shown. An all-star cast with Gene Wilder, Peter Brooks, Cloris Leachman and Madeline Kahn.

Like ballet, opera, and film but want more? Then the Taste of Downtown is just the thing for you. Many of downtown Sarasota’s favorite restaurants will be at the Opera House on the 21st pairing some tasty bites of their best dishes with fine wine and assorted beers. Still not satisfied? Entertainment will be provided by the Sarasota Youth Opera – for which this evening is a fundraising event (are you thinking tax write-off?). More information (but no tax advice) at SarasotaOpera.org.