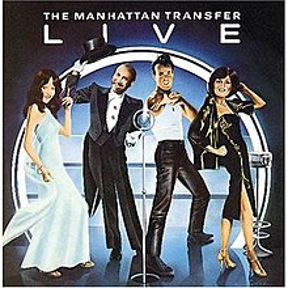 Do you remember when you were 19 and wanted to be 20 (or even a bit older)? And then when you were 29, and would not have minded staying 29 for a few more years? Never mind when you were 39 or 49, we won’t go there at all. However you look at it, time marches on. This year, the Sarasota Ballet turns 30. The Big 3 0. So, immediately after reading this you should set your sights on their next performance. Right? Not so fast. The first thing to do is plan on seeing the Paul Taylor Dance Company on any day from February 28th – March 2nd. The Sarasota Ballet has gotten into the habit of inviting and hosting other great dance troupes, and the Paul Taylor is certainly one of those. It has been around since 1954 when some of us were young and others not even born. The works that Paul Taylor choreographed are modern dance personified. Four of his works that they’ve been performing on this year’s tour are Aureole (“fluffy clouds on Shakespeare’s summer day”), Three Epitaphs (jazzy, funny and with costumes by Robert Rauschenberg), Piazzolla Caldera (“captures the essence of tango culture”), and Esplanade (“found objects” set to Bach).

Towards the end of March (the 27 and 28) when Venus is getting a bit lower on the horizon, Sir Frederick Ashton’s star will have risen to its peak. This is when the Sarasota Ballet performs Sir Frederick’s full length work Romeo and Juliet at the Van Wezel. According to Wikipedia, there have been 15 different choreographed versions set to the music of Sergei Prokofiev. The Ashton version is the third and the first done outside of Russia. It was created for the Royal Danish Ballet and will be a company premiere for the SB. Side note, Prokofiev was one of the first classical composers to utilize the saxophone, which the Sarasota Orchestra shall be putting to good use during these three performances. There should also be a couple of mandolins, a glockenspiel and a tambourine – plus, you know, violins and stuff.

If you will be here through the latter part of April (the 24th and 25th) there will be three more Sarasota Ballet company premieres at the Sarasota Opera House under the umbrella title of Beyond Words. Jerome Robbins, choreographer for the New York City Ballet, is represented by In the Night, Sir Frederick is back with Dante Sonata, a treatise  on the futility of war set to a piano sonata by Liszt, and finally, Sir David Bintley’s The Spider’s Feast, about, yes, a spider’s feast. The cast includes many other many legged creatures. Info at Sarasotaballet.org.

Keep On Keepin’ On

That’s what jazz musicians do – and a jazz film by that name will be playing at Burns Court Cinema at 9:30 AM, the mornings of March 12th and 13th, kicking off the Sarasota Jazz Festival. The film details the special friendship between trumpeter Clark Terry and a blind pianist. Live performances by bassist Michael Ross and others will be included with each showing.

The actual kick off event for this festival, celebrating the 40th anniversary of the Sarasota Jazz Club, is a free concert on March 8th at Phillippi Estate Park, a bit south of Sarasota on US 41 (before the south bridge to Siesta Key). The Riverview Jazz Ensemble, the Don Levine Ensemble and the Debbie Keeton Band will jazz you up from noon till 4 PM. Bring your chairs but get your food and drinks there. And if you are in the Van Wezel parking lot starting at 6:00 PM on Wednesday, the 11th, you can board one of 5 trolleys for an 11 venue pub crawl to hear 11 different sets of musicians. Can’t list all, but the Eddie Toobin Trio is at the Alvi Mess Hall (was the El Greco on Main); Al Hixon Jazz Group at Bevardi’s Salute!; the Michael Ross 4 at the Cask and Ale; Thomas Carabasi Trio at Raffurty’s; Hot Club SRQ at Fogartyville; and Synia Carroll & the Billy Marcus Trio at Umbrellas.

Each evening (March 12-14)  the big stage at the Municipal Auditorium is the center of attraction. Headliners the first night will be Dick Hyman and Ken Peplowski playing a number of selections from their recent CD; alto sax player Charles McPherson has his own set with the La Lucha band; followed by guitarist Russell Malone. Friday evening Clairdee will sing you her favorite songs (and yours?) backed by sax, clarinet, trumpet and the La Lucha Festival Band. Houston Person (sax) and Terell Stafford (trumpet) will each have their own set. On Saturday night you’ll probably be able to Take The A Train because the Manhattan Transfer will be on stage carrying on its singing tradition. Actually Saturday starts at Noon (until 5 PM) where jazz will be on five themed stages (Latin, Blues, Classic, Contemporary, and High School) – all venues near Sarasota Municipal Auditorium. Info for these and other jazz events at Jazzclubsarasota.org.

The plays the thing

Not “the play’s”, but “the plays” – as in two of them. In chronological order, the first is Your Arms Too Short to Box with God which takes place about 1,987 years ago – give or take a few months. This musical is being presented by The Westcoast Black Theatre Troupe (February 26 thru April 5) and is based on the Book of Matthew with all of the dialogue translated into English. The action starts off in a Black church in the US but a flashback takes us to the original location – Jerusalem. There we follow Jesus from Sunday thru Sunday for a tumultuous eight days (not the source for The Beatles song Eight Days a Week). Things start off slowly with a leisurely ride into town on a donkey, pick up with the sacking of a temple, followed by a rest in a garden, and later a big supper (spoiler alert, his last). In those days the Roman Empire was a dictatorship – where else could you have an arrest, trial, crucifixion, and burial in one day. No wonder Mussolini could get the trains to run on time in the 1930s. But don’t worry, there is a happy ending – after all, this is a musical. Details at Westcoastblacktheatre.org.

The second play, Cory Finley’s The Feast, at the Urbanite Theatre down on 2nd Street, is a comedy / thriller / drama with weird / chilling / funny moments. This play opened Off-Broadway a few years back and has been produced around the US. Matt, a tortured artist (in more ways than one) is hearing voices from deep within the recesses of his mind – or his soul – or his toilet. Whichever it is, it does not make him a happy camper. This production is directed Brendan Ragan, co-founder of the Urbanite, and runs from March 13 – April 19. Matt is played by Gregory Boover who grew up in Massachusetts and studied theater in Canterbury, England. Parts of England are known for their bad plumbing, so this may have aided Mr. Boover in interpreting his role. Clio Contogenis, Matt’s wife Anna, studied at Yale and the Stella Adler studio in New York. Dates and times at Urbanitetheatre.com.